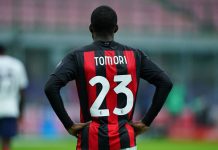 Arsenal have completed and confirmed the signing of goalkeeper Matt Ryan from Brighton and Hove Albion on loan for the rest of the season.

Having spent three and a half years with the Seagulls, mostly as their first-choice shot-stopper, the Australia international lost his place in the starting XI to 23-year-old Robert Sanchez earlier this season. Back in December, manager Graham Potter made it known that the club wouldn’t stand in Ryan’s way should he decide to leave in search of regular game time.

Frankly, Arsenal seems a strange choice of destination for the 28-year-old in that aspect, with Bernd Leno not likely to be replaced as Mikel Arteta’s first choice, but let’s wait and see.