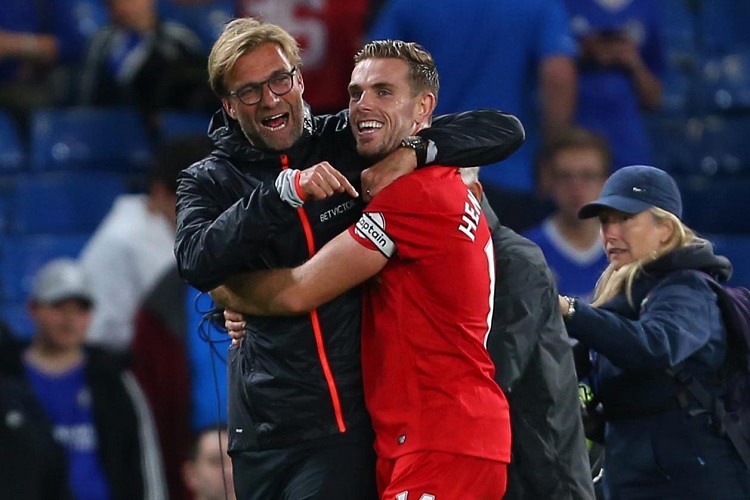 Liverpool manager Jurgen Klopp recently said he didn’t expect new arrivals in the final days of the transfer window, and it seems that will be the way of things indeed. However, the Deadline Day could see some departures happen, most notably the centre-back duo of Nathaniel Phillips and Rhys Williams which impressed greatly at the end of last season.

But more importantly at the moment, Liverpool have confirmed that captain Jordan Henderson has signed a new contract, with reports claiming its duration is set for four years.

There has been a lot of talk about the 31-year-old midfielder lately, including a few suggestions he could be on his way out very soon. His previous deal had entered its final two years, and negotiations over the new one didn’t go too well for a long time, with Henderson apparently feeling the offer didn’t make him feel appreciated enough by the club hierarchy.

However, Klopp himself is believed to have stepped in to make his voice heard, and the obstacles have obviously been overcome.

Meanwhile, there is growing interest in Phillips, according to Neil Jones of Goal.com. The 24-year-old captured the hearts of the Liverpool supporters with relentless fighting spirit last season as a heavy injury crisis depleted their centre-back ranks, but he would have practically no hope of featuring regularly for the Reds this term. The club signed Ibrahima Konate from RB Leipzig earlier this summer, and the trio of Virgil van Dijk, Joel Matip and Joe Gomez is back from long-term injuries.

The same goes for Williams, 20, in whom Swansea City have shown great interest regarding a potential loan move for the rest of the 2021-22 season.

Swansea want to loan Rhys Williams for the season, and interest building in Nat Phillips too. Clubs in England and abroad.

Jake Cain off to Newport on loan, as yet no developments re: Sheyi Ojo or Loris Karius. #LFC