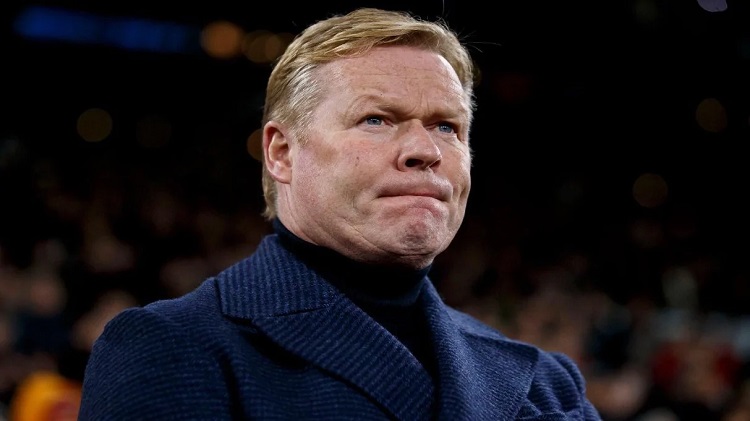 Barcelona travelled to Lisbon to face Benfica in the second round of the Champions League campaign, feeling the pressure to deliver a result after they lost the opening match at home to Bayern Munich by 3-0. However, the same fate awaited them in Portugal, with Darwin Nunez (twice) and Rafa Silva on target for the hosts.

The result which has undoubtedly put a large question mark next to Barcelona’s chances of progressing through to the knockout stages of the competition seems to have been the final straw for the board. According to Fabrizio Romano, every one of its members is now involved in talks with numerous prospective candidates to replace Koeman, even though some of the senior players at the club believe a change of coach at this point would solve nothing. The two names linked with the Barcelona job the most are Xavi Hernandez and Roberto Martinez.

Barcelona are looking for new manager and the current plan is to change – it could take some days. Process started with the whole board involved. Talking with many different candidates to replace Ronald Koeman. 🔴 #FCB #Barça

Further more, there have been reports recently claiming that Barcelona were looking to get rid of the Dutch tactician during the summer, and eventually decided to leave him in the job a while longer simply because they couldn’t afford the severance fee they would have otherwise been obliged to pay him.

Barcelona are currently at the bottom of Group E in the Champions League, behind Bayern, Benfica and Dynamo Kyiv. They sit in sixth place in the La Liga table with 12 points, five less than leaders Real Madrid, though with a game in hand. Their next match in the Spanish top flight will be against Atletico Madrid, and the defending champions will be hoping to add to the woes of the Catalans on Saturday.