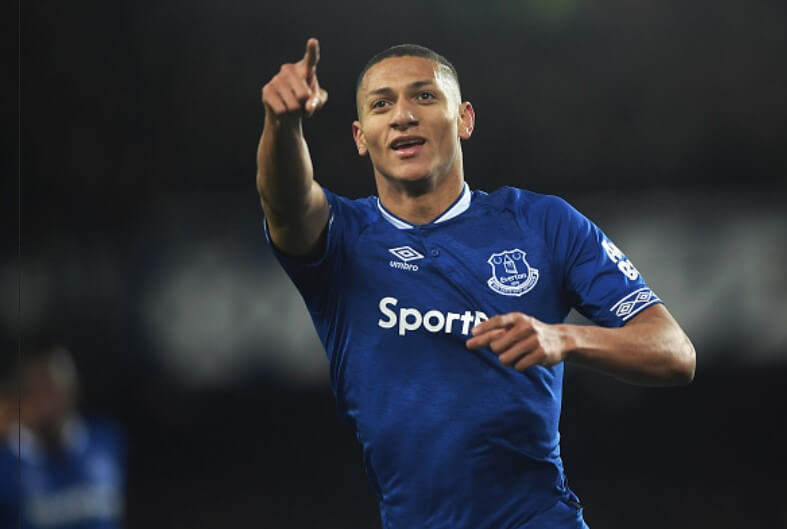 Paris Saint-Germain are said to be considering their options should Kylian Mbappe make his move to Real Madrid in the next few days, even though they’ve reportedly rejected two offers from the Spanish giants, the second of which stood at €180 million in total.

One of the potential replacements considered is Everton’s Richarlison. However, Toffees boss Rafa Benitez is quite confident that the Brazilian forward will be staying put.

Richarlison has three years left on his contract, which means Everton are in a relatively strong position and can refuse offers for his services at the moment without much risk, but it remains to be seen what happens if PSG do go for him and show determination.

However, there doesn’t seem to be a future for James Rodriguez or Moise Kean at Goodison. Paul Joyce of The Times reports that both are deemed surplus to requirements.

James, who earns £200,000 per week at Everton, could be offered to FC Porto in a swap deal which would see winger Luis Diaz arrive on Merseyside. A straight deal for cash is also a possibility, with Everton set to pay around £21m in that case.

Meanwhile, agent Mino Raiola is in talks with Juventus, discussing Kean’s potential return to Turin. Everton signed the 21-year-old forward from the Serie A giants in 2019 for around £25m, and he spent last season on loan at PSG.