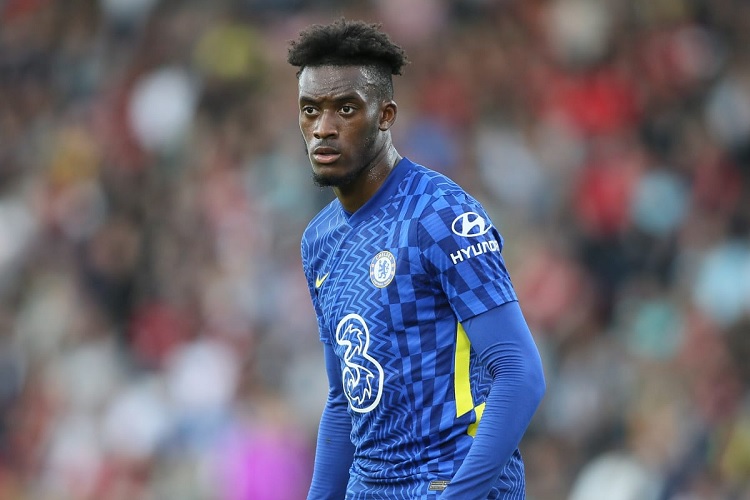 Borussia Dortmund are in talks with Chelsea about signing Callum Hudson-Odoi on loan for the season, according to Sky Sports.

Hudson-Odoi is a product of the academy at Chelsea and he has never played for any other club. There was strong interest reportedly from Bayern Munich at one point, but Chelsea rejected several offers and the Bundesliga champions eventually signed Leroy Sane from Manchester City instead.

Chelsea made some notable additions to their attacking ranks in the last two summer transfer windows, and Hudson-Odoi isn’t likely to get much game-time if he stays at Stamford Bridge. The 20-year-old winger is therefore open to the prospect of a loan move, but the club are still considering whether to allow it or not.

Chelsea have so far played three games in the Premier League, beating Crystal Palace and Arsenal before earning an important point away to Liverpool. Hudson-Odoi remained an unused substitute on all three occasions.

Meanwhile, Dortmund sold Jadon Sancho to Manchester United this summer. They’ve signed Donyell Malen from PSV Eindhoven as a replacement, but it seems coach Marco Rose wants that department of his squad packed more tightly for 2021-22, as they aim to knock Bayern off the Bundesliga perch.

As for Chelsea, they’re reportedly still looking to wrap up a deal for Sevilla defender Jules Kounde before the window closes, but that transfer is believed to be depending on whether Kurt Zouma makes his way to West Ham. Speaking to the press ahead of the Liverpool clash, manager Thomas Tuchel confirmed there were discussions with Zouma’s representatives about a potential move, but he also made it clear that Zouma’s absence from the matchday squad was due to personal reasons, and not those discussions.