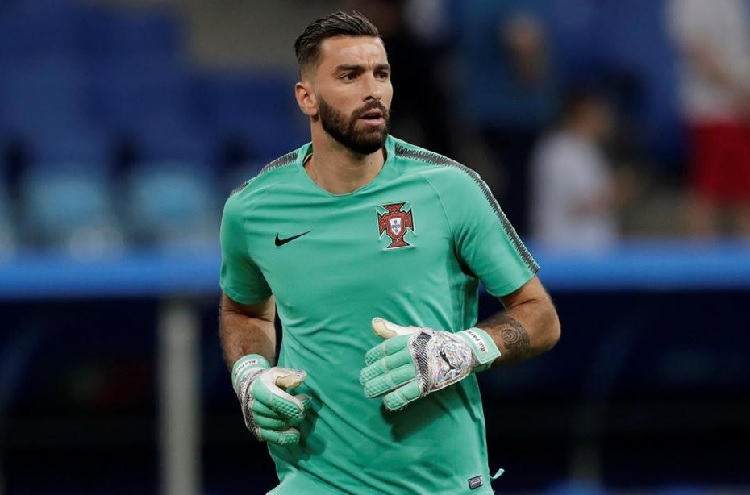 AS Roma are closing on a deal to sign Rui Patricio from Wolverhampton Wanderers, according to multiple sources.

The links between the Gialorossi and the Wolves goalkeeper appeared before the ongoing European Championship started, but all sources pointed out that no deal was likely to happen while Patricio’s involvement at the tournament ends.

That happened on Sunday evening, as Belgium’s Thorgan Hazard beat Patricio from just outside the box and knocked Portugal out in the round of 16, and the talks between the clubs sparked into life straight away.

Jose Mourinho, recently appointed as the new Roma head coach, is apparently very keen to get going with his compatriot between the posts. However, the Serie A side want to offload two players to Olympique Marseille first, with their current goalkeeper Pau Lopez and winger Cengiz Under set for the Velodrome switch on loan with an option to buy, for €15m and €12m, respectively.

Meanwhile, Wolves have already started preparing for life without Patricio. According to Fabrizio Romano, they are in advanced talks with Olympiacos for another Portuguese shot-stopper, 28-year-old Jose Sa. Sky in Italy are saying that the Premier League club are to receive €10m for Patricio, with bonuses to come on top of that.

The 33-year-ld Portugal No.1 rose through the academy ranks at Sporting Lisbon and earned a place in the senior squad in 2006. He was there for 12 more years, before Nuno Espirito Santo took him to the Molineux. Since 2018, he has made 127 appearances in all competitions for Wolves, keeping a clean sheet on 37 occasions.