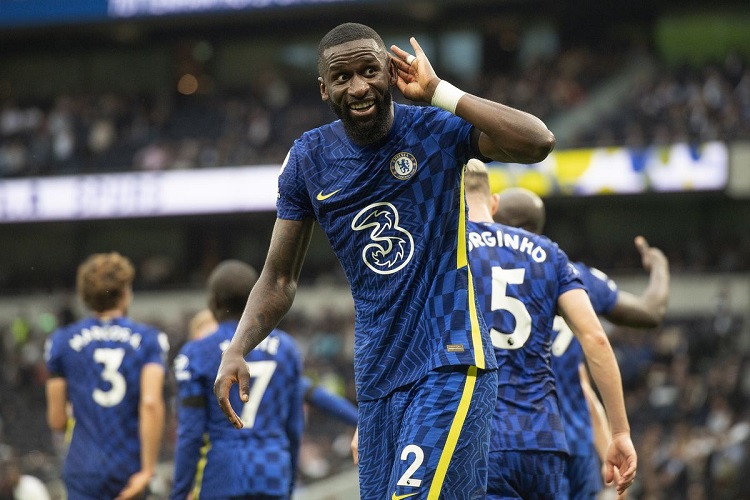 Real Madrid players expect Antonio Rudiger to join their ranks this summer, after his contract with Chelsea expires, according to The Telegraph. Meanwhile, Chelsea have received no indication towards the defender recommitting his future to them.

Rudiger arrived to Stamford Bridge in 2017 from AS Roma, and since then, he’s gone on to wear the blue shirt on 173 occasions, scoring nine goals and assisting seven more. He seemed a bit forgotten under Frank Lampard, but he’s been a crucial part of the team since Thomas Tuchel took the reins last January, his contribution to their Champions League triumph last season was immense.

The 28-year-old centre-back spoke about his future on several occasions in the last couple of months, never ruling anything out, but he mostly insisted he hadn’t spoken to any club other than Chelsea. However, if what the Real Madrid players apparently believe is true, the situation has obviously changed, with former Chelsea stars Thibaut Courtois and Eden Hazard believed to have played their part.

The Blues were interested in Sevilla’s Jules Kounde last summer, and numerous reports suggest that interest still remains. They’re also said to be close to getting Thiago Silva to sign a new deal, set to keep the veteran Brazilian at Stamford Bridge until the summer of 2023.

Meanwhile, Real ended their long-lasting relationships with Sergio Ramos and Raphael Varane last summer, and even though they signed David Alaba from Bayern Munich, it seems head coach Carlo Ancelotti and president Florentino Perez feel another experienced player is needed to make their back line strong again.