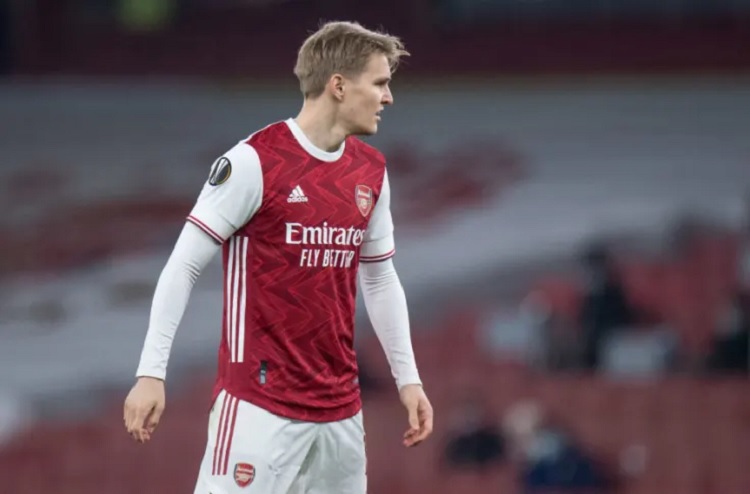 It seems that the question of where Martin Odegaard will be playing his football next season is not even close to being answered.

Following a very successful loan spell at Real Sociedad, the attacking midfielder returned to Real Madrid, his parent club, last summer, in the hope of getting the minutes required to take the next step in his development. However, Real boss Zinedine Zidane picked him to start a La Liga match just three times in the first half of the season and sent him on from the bench on four more occasions.

Clearly not happy with such and arrangement, the 22-year-old Norway international demanded to leave on another loan in January and arrived to Arsenal. He fitted in nicely with the designs and needs of manager Mikel Arteta at the Emirates, and his performances for the Gunners have been impressive.

As a result, both clubs now want Odegaard in their ranks past next summer, according to different reports in both Spain and England. The loan deal does not include an option to buy, which means Arsenal representatives would have to sit down with those of Real to negotiate and try to reach an agreement on a fee for a permanent transfer.

It certainly won’t be easy, with Real seeing a potential long-term replacement for Luka Modric in him, apart from his contract at the Santiago Bernabeu being set to run for two more years. On the other hand, if Odegaard himself decides he wants to go, then it would be unwise to oppose his wish too hard, given that his market value would be likely to drop as the end of his bond with Los Blancos draws nearer.

But as for what Odegaard himself wants, he recently pointed out that the loan deal runs out at the end of the season and that nothing is certain beyond that.

“I have not thought about what will happen in the summer,” he said. “The deal with Arsenal is until the end of the season. We will see what happens this summer. I have already said things before that I continue to defend: stability and development are keywords.”