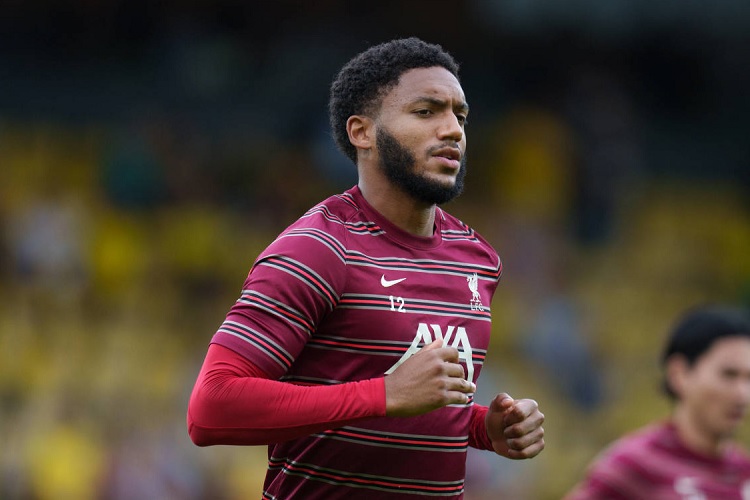 Aston Villa are set to reignite their interest in Liverpool’s Joe Gomez at the end of the season, according to Football Insider.

Numerous reports suggested Villa boss Steven Gerrard, himself a Liverpool icon, wanted to take Gomez to Villa Park in January but his former club put their foot down and manager Jurgen Klopp ruled out the defender leaving Anfield in the middle of the season.

Gomez has had serious injury issues throughout his career, and each time he raised his level sufficiently to be reckoned a regular starter, the problems came back to ruin his hard work. Now fully fit, the 24-year-old is having difficulty getting game-time ahead of Joel Matip and Ibrahima Konate, who have alternated for the centre-back spot next to Virgil van Dijk.

Gomez started the match against Norwich on Saturday on the right defensive flank, covering for Trent Alexander-Arnold who was rested amid a jam-packed schedule the Reds are currently navigating, playing a competitive match every three or four days between the 4-1 FA Cup triumph over Cardiff City on February 6th and the great clash with Manchester United at Anfield on March 20th.

Gomez has so far made only 13 appearances in all competitions this season so far, just five as a starter, and three of those starts came in the Carabao Cup.

Klopp obviously likes having five centre-back options at his disposal, as well as having Gomez as right-back cover, but it remains to be seen if Gomez himself is happy to stay on and fight for his place in the team.

Unlike Philippe Coutinho, former Liverpool playmaker who joined Aston Villa on loan from Barcelona in January, Gomez didn’t play with Gerrard at Liverpool, having arrived to Anfield from Charlton Athletic in 2015, the same summer when the iconic captain left.