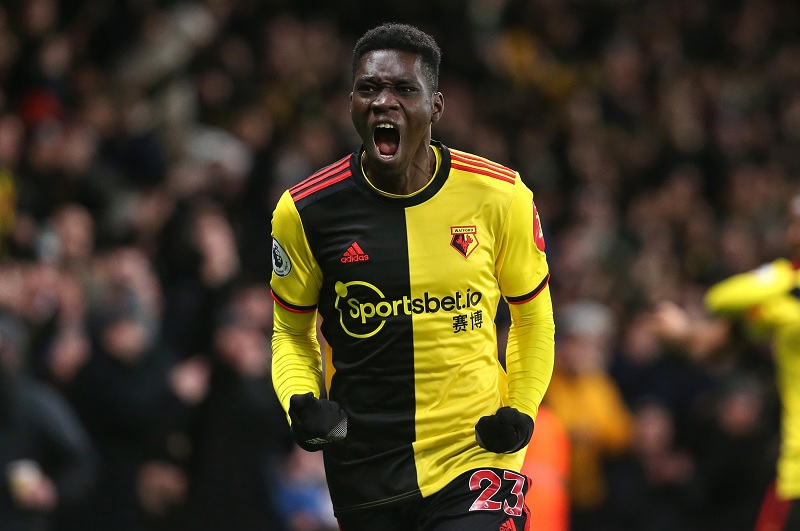 As reported by Sky Sports, Aston Villa have reached an agreement with Watford over the proposed transfer of Ismaila Sarr.

The Senegalese winger started his football path at the Generation Foot academy in his homeland. In 2016, he made his way to France to join Metz, from where he moved on to Stade Rennais after only a year. That’s where his first trophy came as the club won the French Cup in 2018/19.

Watford made their move for him in 2019, agreeing to pay a reported fee of €30 million to secure his services, and since then, Sarr has scored 25 goals and contributed 19 assists in 95 matches in all competitions for the Hornets.

Earlier this year, Sarr played a big part in Senegal’s triumph in the African Cup of Nations, as well as their successful efforts to secure a place at the World Cup in Qatar. He has 40 caps and 10 goals for his country.

Throughout his time at the Vicarage, the 24-year-old was linked with top clubs in England (and elsewhere), among which Liverpool and Manchester United stood out as they both sought to reinforce their attacking ranks. Neither transfer happened, obviously, and Sarr is now set to play in the Premier League again wearing the shirt of Aston Villa.

Steven Gerrard’s team have so far beaten Everton, but lost to Bournemouth and Crystal Palace since the season began. Adding a winger as talented as Sarr can only help their efforts to improve their results quickly. They’ve agreed to pay a fee of £25 million plus add-ons to make the deal happen.

Sarr was left out of Watford’s squad for the Preston North End clash on Saturday, in anticipation of the transfer to Villa Park being completed.