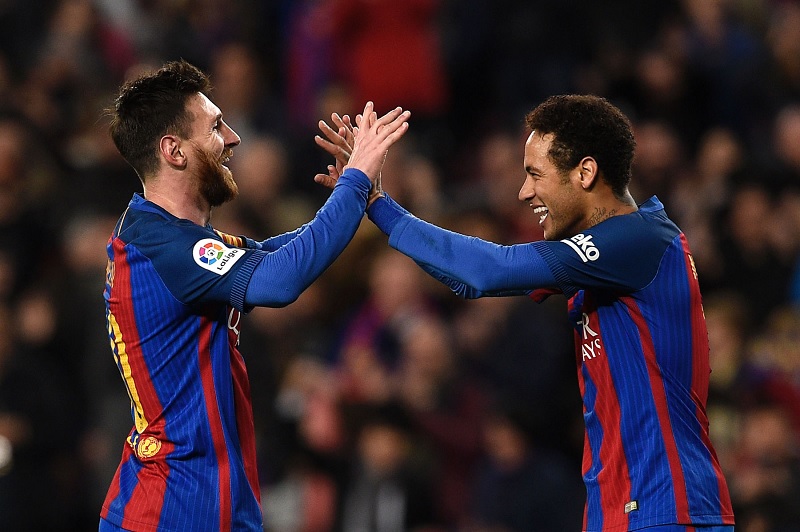 Neymar left Barcelona for Paris Saint-Germain in 2017 after the Ligue 1 giants activated his buyout clause set at the time at €222 million, and the move still holds as the world’s most expensive transfer ever. However, Barcelona have been trying to persuade him to return to the Camp Nou for quite some time, and according to Marca, they still haven’t lost all hope of achieving their goal, even though Neymar himself recently said that signing a new PSG contract would no longer be a question for him.

Nonetheless, Barcelona are apparently considering alternative big-name targets, should their efforts to bring the Brazilian back fail.

One of them is Erling Haaland. The 20-year-old Borussia Dortmund striker has so far scored 35 goals in 36 club appearances this season, and as such, it’s only natural his services are being hunted by many. Agent Mino Raiola and Erling’s father Alf-Inge have been traveling across Europe, gathering offers.

Lautaro Martinez of Inter Milan is another potential target. The 23-year-old was a target for Barcelona last year, when they started searching for a long-term successor for Luis Suarez. Suarez eventually joined Atletico Madrid, but Barcelona failed in their pursuit of Lautaro, being unable to meet his €111m release clause and Inter unwilling to accept anything less.

As for Sergio Aguero, the 32-year-old will soon be a free agent, with his contract with Manchester City expiring at the end of the season. He is on excellent terms with Barcelona superstar Lionel Messi, and pairing up with the six-time Ballon d’Or winner (should Messi himself renew his Barcelona contract) would be a mouthwatering prospect for him.