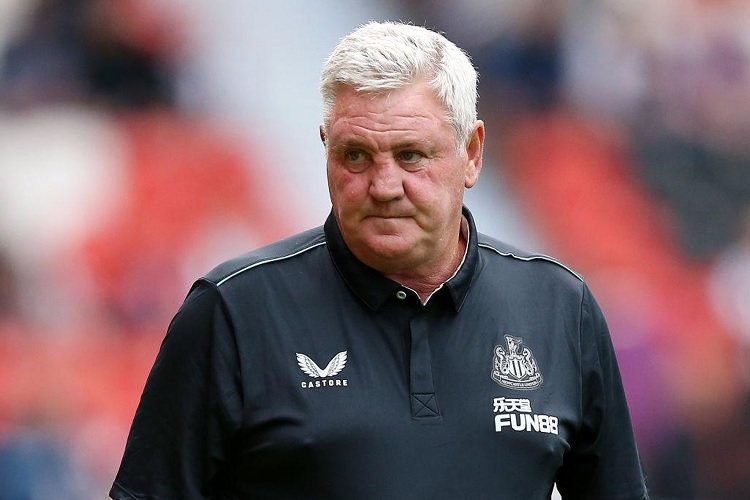 “Newcastle United can confirm that Steve Bruce has left his position as head coach by mutual consent,” the official club statement reads.

“He leaves the Magpies after more than two years in charge, having steered the club to 13th and 12th-place finishes in the Premier League and reaching the quarter-final stage in both the Emirates FA Cup and Carabao Cup during his tenure.

“Newcastle United would like to place on record its gratitude to Steve for his contribution and wishes him well for the future.”

Bruce himself said he was grateful for the opportunity to manage the ‘unique football club’.

“I would like to thank my coaching team, the players and the support staff in particular for all their hard work,” he said.

“There have been highs and lows, but they have given everything even in difficult moments and should be proud of their efforts.

“This is a club with incredible support, and I hope the new owners can take it forward to where we all want it to be. I wish everyone the very best of luck for the rest of this season and beyond.”

Ever since the Saudi-backed Public Investment Fund took ownership of the club, reports about the inevitability of Bruce’s sacking have been popping up on a daily basis, causing considerable stress to the 60-year-old and his family, according to his own words.

Bruce’s last match in charge of the team, the 2-3 defeat at home against Tottenham Hotspur on Sunday, was the 1000th of his managerial career, and it could be that it was his last. He revealed as much in an interview with The Telegraph.

“By the time I got to Newcastle, I thought I could handle everything thrown at me but it has been very, very tough,” Bruce told journalist Luke Edwards.

“To never really be wanted, to feel that people wanted me to fail, to read people constantly saying I would fail, that I was useless, a fat waste of space, a stupid, tactically inept cabbage head or whatever. And it was from day one.”

Steve Bruce sacked by Newcastle and reveals: ‘It was hard being called an inept cabbage-head’ | @LukeEdwardsTele #nufc https://t.co/XgGQqLjnIF

Newcastle have also confirmed that Graeme Jones will be in charge of the team for the time being, starting with the Crystal Palace clash on Saturday.

Meanwhile, the list of names linked with the job is quite extensive. Sky Sports claim the club are scheduled to hold talks with Paulo Fonseca this week, but the likes of Brendan Rodgers, Steven Gerrard, Frank Lampard, Eddie Howe, Antonio Conte, Roberto Martinez and Lucien Favre have all been mentioned as potential candidates too.