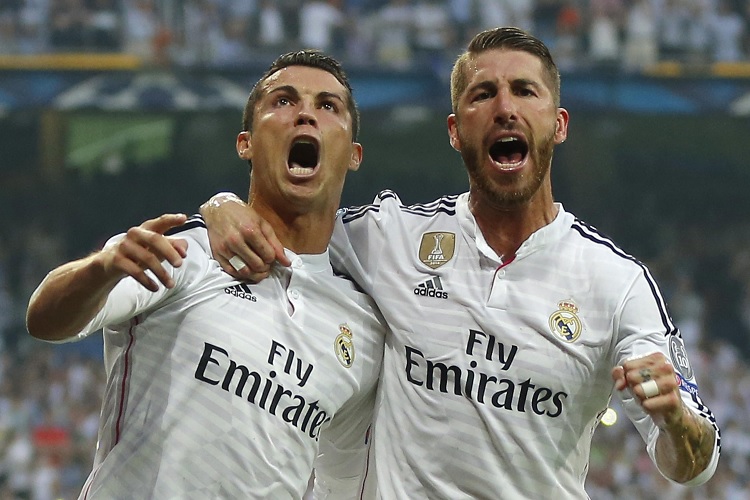 There’s a lot going on in the football world at the moment. As you probably know, 12 clubs from England, Spain and Italy have announced their intention to break away from UEFA and form their own competition, the so-called ‘European Super League’, where 15 clubs would (the 12 founders among them of course) be automatic participants, with five places up for grabs each year through ‘merit’.

With Real Madrid being among the ‘ringleaders’ of the idea, president Florentino Perez has found himself at the centre of attention perhaps even more than he would have liked, considering that the worldwide backlash against the project has been huge since the announcement on Sunday.

Nonetheless, Perez has also found time to speak about other things, most notably the reported possibility of Cristiano Ronaldo returning to the club and the contract situation surrounding captain Sergio Ramos.

“No,” Perez said in reply to the question of whether Ronaldo would be Real player again. “He has a contract with Juventus. But it doesn’t make sense for him to return. I love him very much, he has given us a lot.”

Sergio Ramos is currently in the final months of his contract, and there has been no positive development regarding the talks about a new deal. Perez hasn’t ruled anything out, but he doesn’t seem optimistic on the subject.

“I have not said that Ramos will not continue. We are thinking about the end of this season, then we will see what happens next season. Many things can happen. First we are going to finish this season. We are talking to many players and many are voluntarily lowering their salaries. Some have already lowered their salaries, specifically the two who have left, [Luka] Jovic and [Martin] Odegaard. Ramos last year accepted. This year he is in a different situation.”