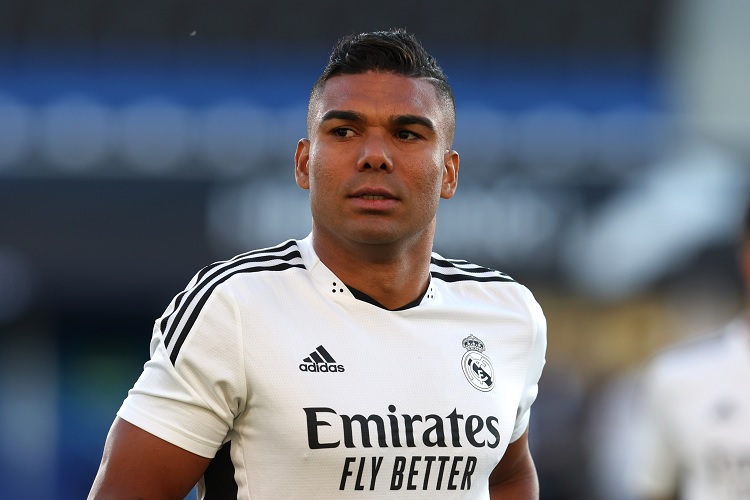 Manchester United appear to be very close to wrapping up the deal to sign Casemiro from Real Madrid. Numerous sources are in agreement on this, and as things stand at the moment, the Spanish giants should receive €60 million for the services of the experienced midfielder, with €10m more to come in the form of add-ons.

Speaking to the press on Friday, Real head coach Carlo Ancelotti openly said he had spoken with Casemiro and that the Brazil international wants to leave the club in search of a new challenge, as well as that talks between the clubs are ongoing.

“We’ve spoken this morning,” Ancelotti said, as quoted by Tom Allnutt, a journalist for The Times. “He wants to try a new challenge, a new opportunity. I understand this, also the club does.”

“Because of what he’s done for this club and for this team, we need to be respectful of this. There are negotiations between the clubs. He is still a Real Madrid player but it looks like now he is willing to depart.

“I think there is no turning back. This is what he wants and if the negotiations go well, we just need to wish him the very best.”

United have been on the hunt for a top midfielder all summer. They failed to persuade Frenkie de Jong to leave Barcelona and they couldn’t agree personal terms with Adrien Rabiot, whose wage demands were deemed ‘crazy’.

Nonetheless, Casemiro is certainly a top player with plenty of experience and a winning mentality. The move would see him follow in the footsteps of Raphael Varane, who left Real for United last year, as well as Cristiano Ronaldo, though the Portuguese star had a three-year spell with Juventus in between.