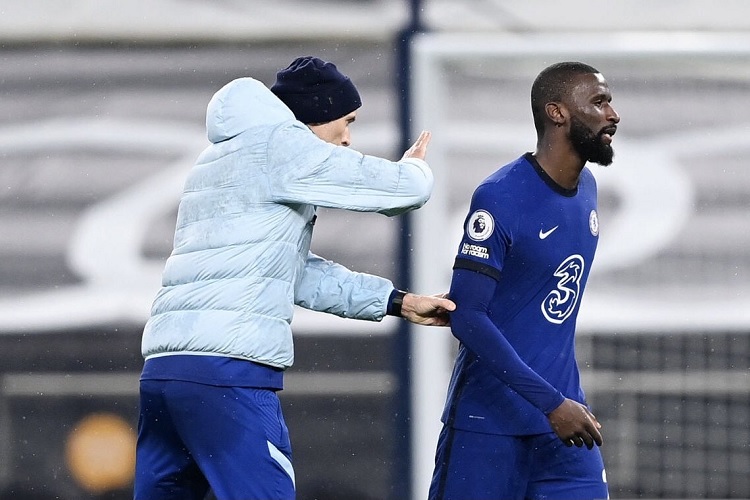 As reported by Goal.com, Real Madrid and Paris Saint-Germain are closely watching the situation surrounding Antonio Rudiger at Chelsea.

The 28-year-old defender has enjoyed a proper resurgence as an excellent defender since Thomas Tuchel took over from Frank Lampard as the Chelsea boss at the start of the year. His contribution to their Champions League triumph last season was immense, and it hasn’t diminished after the summer break as the Blues sit among the four teams topping the Premier League table at the moment with 10 points from four matches. He played every minute of every game, as well as the Champions League campaign opener earlier this week in which they beat Zenit St. Petersburg 1-0 at Stamford Bridge.

Further more, the club showed real ambition to win the Premier League again by paying a reported fee of €115 million to bring Romelu Lukaku back to Stamford Bridge, and Tuchel says sees no reason for Rudiger to want to leave at this point.

However, the fact remains that the Germany international is in the final year of his contract. The situation seems to be getting more serious by the day, with ESPN reporting that an impasse has been reached in the talks about a new deal, and unless a breakthrough is found soon, he will be free to talk to clubs outside England about a free transfer from January 1st.

Asked about the issue during the press conference ahead of the Sunday’s Tottenham Hotspur clash, Tuchel couldn’t shed too much light.

“We hope that they find the solution and everything I can say, he plays excellent, and since a long time very consistent, on a very high level,” he said.

“I see him very calm and focused, and it’s not a distraction for him. So everything is in place, and give things the time they need. Sometimes it needs a bit longer, sometimes things are very fast.

“There’s no news from my side, and I think that Toni feels very, very good at Chelsea, he feels very respected by his team-mates and he feels the importance that he has in the team and in the squad. That’s well deserved because he delivers, he feels the love from the supporters when he plays.

“He’s in the strongest league in Europe, in a big club, so not many reasons to change that. But in the end it’s between him and the club, and that’s in good hands. I am calm and relaxed, whatever has to happen will happen.”