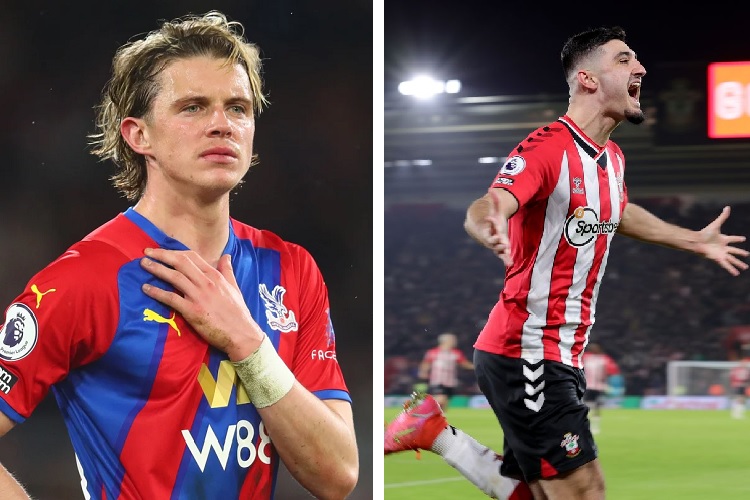 There has been plenty of talk through the season about what the future may hold for Chelsea academy products Conor Gallagher and Armando Broja. Unable to get regular game-time at their parent club, the pair of talented youngsters have so far been getting vital experience elsewhere.

A versatile midfielder, Gallagher had temporary spells with Charlton Athletic, Swansea City and West Bromwich Albion, but he’s drawn most attention to himself playing for Crystal Palace this season. The 22-year-old has made 37 appearances in all competitions for Patrick Vieira’s side, scoring eight goals and making seven assists.

Meanwhile, Broja currently plays for Southampton. The 20-year-old striker is a handful for any defender in the Premier League, and just like with Gallagher, it’s come as no surprise that his services are in demand. A 12-cap Albania international, he has nine goals and one assist in 38 matches in all competitions this term under Ralph Hasenhuttl.

While Gallagher is bound to Chelsea until the summer of 2025, Broja’s contract is set to run a year longer than that. The London Blues are obviously in a strong position when it comes to deciding their future, and speaking at his press conference ahead of the match against Leicester City at the King Power Stadium on Thursday, manager Thomas Tuchel said he wants both Gallagher and Broja back at the club for the pre-season before any decision is made.

The pair of them will obviously be given a chance to impress over the summer and to fight for a place in the squad for next season.