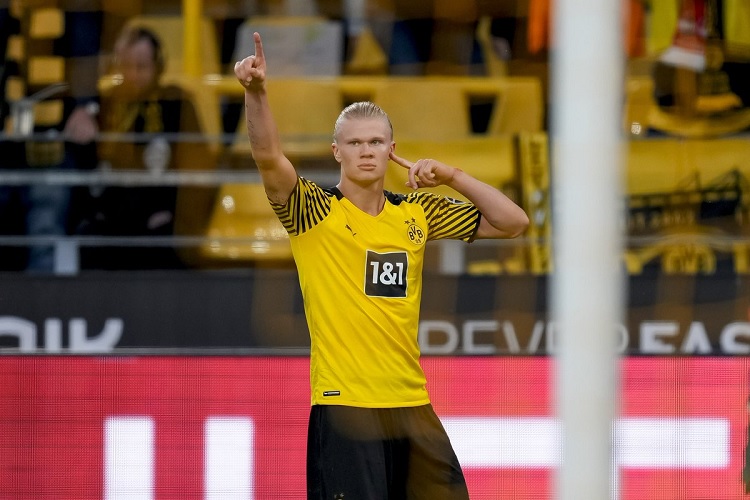 Borussia Dortmund expect Erling Haaland to swap Germany for England this summer and sign a lucrative contract with Manchester City, according to The Times. The wages the defending Premier League champions have apparently offered the Norwegian striker would make him the highest-paid player in the English top flight.

Haaland’s numbers remain fantastic, even though he has had issues with injuries lately. In all competitions this season, he has so far scored 23 goals in 22 matches, along with six assists.

With Sergio Aguero gone, Manchester City pushed hard to sign Harry Kane from Tottenham Hotspur last summer and were reportedly willing to pay a fee well in excess of £100 million. However, Spurs dug in their heels and the England captain remained in North London.

To resolve that particular issue, they’re apparently willing to pay around £500,000 every week for Haaland’s wages, on top of the reported €75m release clause in his contract with Dortmund. The expenses won’t stop there, with agent Mino Raiola certain to demand a large commission, and Alf-Inge Haaland, Erling’s father who used to play for City, reportedly expecting a large piece of the action too.

This development will have come as a huge blow to Paris Saint-Germain and Real Madrid, who reportedly had high hopes of signing the 21-year-old themselves.