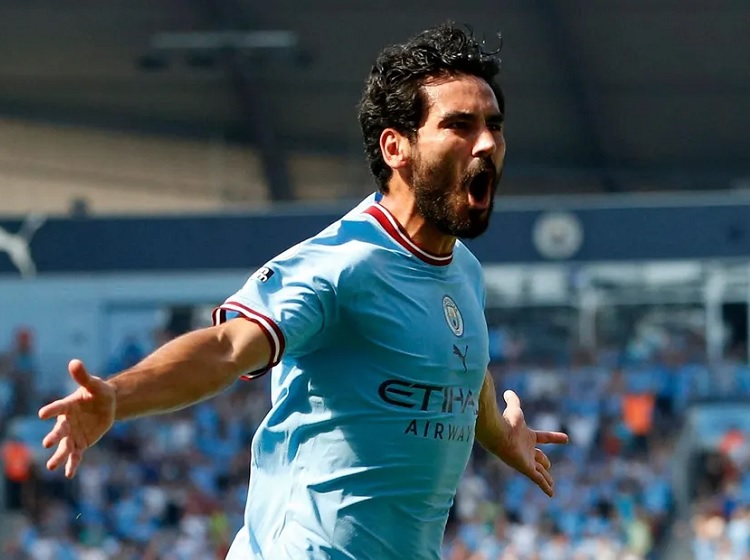 Gundogan joined the Premier League champions from Borussia Dortmund back in 2016, being one of the first signings City made under Pep Guardiola. In fact, he later admitted he was encouraged to accept the move by Jurgen Klopp, his former boss at Dortmund who had already taken over at Liverpool at the time. The pair are set to meet again at Anfield today (Sunday).

Since then, the Germany international has made a total of 266 appearances for City in all competitions, scoring 51 goals and contributing 34 assists. He has certainly played his part in everything the club have achieved in the last six years, winning four Premier League titles, four League Cups, one FA Cup and two Community Shields, as well as reaching the Champions League final in 2021.

However, the 31-year-old has never really established himself as a nailed-on starter under Guardiola, who likes to rotate his numerous high-quality midfielders whenever possible. This season, Gundogan started six of the nine Premier League matches played so far, making two substitute appearances and remaining on the bench throughout the 4-0 triumph over Southampton last week.

Gundogan’s contract with City expires at the end of the season. He has been linked with other clubs before, and if he remains at the Etihad until the summer and doesn’t sign an extension, there will surely be a large queue for his services on a free transfer. Juventus are, therefore, preparing an offer of €25 million to sign him in January and avoid the rush as they seek to add some much-needed creativity to their midfield ranks.