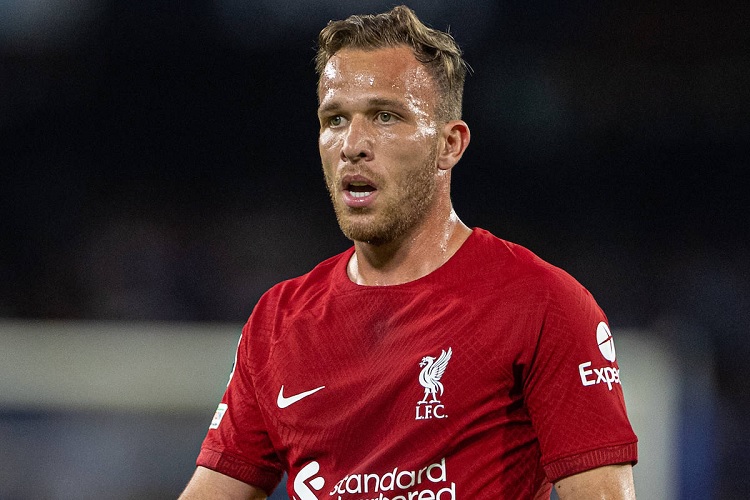 Arthur Melo is determined to fight for his place in the Liverpool team when he recovers from injury, and possibly for a Liverpool future as well.

The 26-year-old arrived to Anfield on the last day of the summer transfer window on a season-long loan from Juventus, apparently in not so good physical shape. Therefore, he was  forced to work hard to raise his fitness levels to the required standards, in order to be able to fulfill Jurgen Klopp’s tactical assignments in the middle of the park while contributing at both ends.

However, just as he was reported to be close to reaching that level, Arthur picked up a muscle injury in training ahead of the 2-0 Champions League triumph over Rangers at Anfield. He now requires surgery and is set to miss three to four months of action, and his hopes of making the Brazil squad for the upcoming World Cup in Qatar have been completely shattered.

Consequently, the rumours that Liverpool considered sending him back to Turin in January, which the Merseysiders swiftly denied, have resurfaced. There is belief that Arthur’s future with Liverpool, who have the option to turn the loan into a permanent transfer next summer, is gone along with his chances of playing at the World Cup.

However, in a post on Instagram, Arthur said he will continue working as hard as possible to get his career back on track, as well as promised to help Liverpool before the end of the season as much as possible.