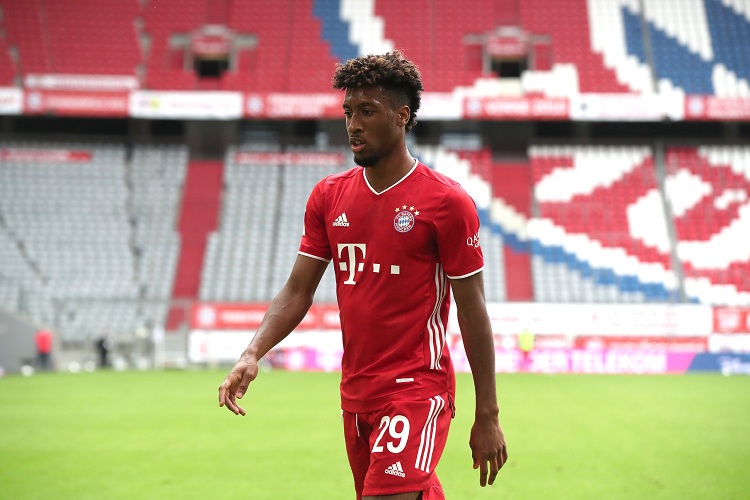 Bayern Munich will not be selling Kingsley Coman any time soon, according to club chairman Karl-Heinz Rummenigge.

United had reportedly identified a number of backup options should their Sancho chase prove in vain, and as it has, those options are once more being mentioned in the media. One of those alternative targets was apparently Bayern Munich’s Kingsley Coman, but it seems United have about as much chance of bringing the 24-year-old French winger in as they do of signing Sancho any time soon.

Bayern coach has a rather strong selection of wingers at his disposal. Leroy Sane, Serge Gnabry and Douglas Costa are there, but there is obviously a big role for Coman to play as well after his heroics in last season’s Champions League final. The 25-time France international has had 13 goal involvements (five goals, eight assists) in as many appearances in all competitions for the Bavarians this term so far. Since joining the club, initially on a two-year loan from Juventus which was made permanent afterwards, Coman has helped Bayern win five Bundesliga titles and three DFB-Pokal trophies, as well as the already-mentioned Champions League one.

Meanwhile, his contract does not expire before the end of June 2023, which puts Bayern in a strong position in the matter at the moment, and Rummenigge branded the player as ‘not for sale’, according to Sky Sports and their branch in Germany.