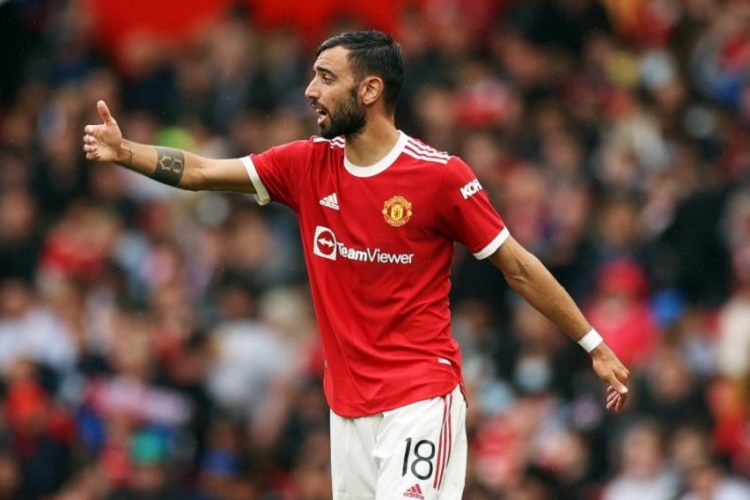 According to Fabrizio Romano, Manchester United are in talks with the representatives of Bruno Fernandes over a new contract for the attacking midfielder.

Ever since his arrival to United from Sporting Lisbon in January 2020, Fernandes has been a key figure in everything they’ve achieved, missing a Premier League game only once. It was the final fixture of the 2020-21 season, when the second place for his team was already cemented. Overall, the Portuguese has 69 goal involvements (44 goals, 25 assists) in 84 appearances in all competitions for United.

Even though his current contract doesn’t expire before the summer of 2025, the 20-time English champions obviously want to reward his contribution so far, as well as make it clear that his involvement in their plans for the future is highly important. Fernandes signing a new deal is now one of their top priorities, along with getting Paul Pogba to recommit as well.

Pogba’s contract expires at the end of the season, and reports of interest from Real Madrid are coming from Spain on a daily basis. But after the return of Cristiano Ronaldo to the club and his two goals in the 4-1 win over Newcastle on Saturday, there is a general feeling of positivity about United’s prospects, and the French midfielder is believed to be leaning towards staying put past next summer. The club now expect both players to sign new contracts by the end of the year.

As for Fernandes, there has never been any talk about leaving Old Trafford. He wants to stay there, and United want to keep him.