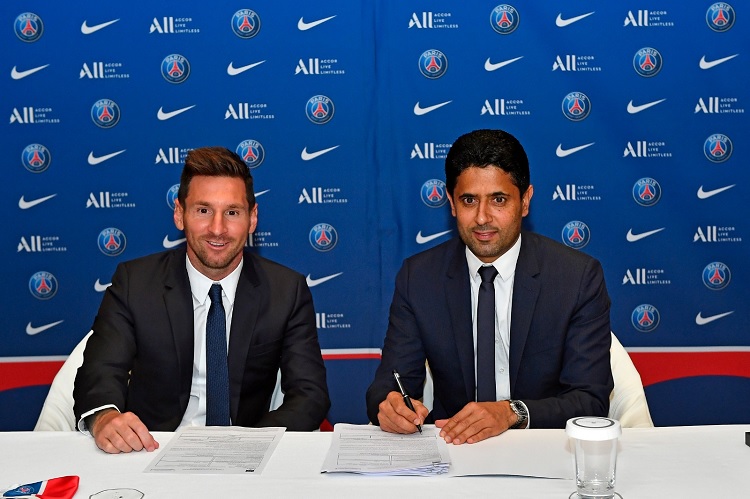 Paris Saint-Germain have completed and officially confirmed the signing of Lionel Messi as a free agent, following the expiration of his contract with Barcelona.

Messi was reportedly set to renew his deal with the Catalan club. He himself confirmed that he had offered to have his wages reduced by 50% to stay at the Camp Nou, but the club are so deeply in financial difficulties that they were unable to keep him even under those terms. The La Liga regulations concerning the wage bills for the clubs would not allow it.

As soon as the news broke that the 34-year-old was definitely leaving Barcelona, PSG leapt into action. They contacted Messi’s father and representative Jorge, and the talks about his move to the French capital began. After only a few days, reports broke that the deal was agreed – that Messi would indeed join PSG, earning €25 million per season with add-ons potentially taking the sum to €35m, after signing a two-year contract with an option on a third. And now it has been done.

PSG are set to hold a press conference today (Wednesday) at which Messi will be officially unveiled as a new PSG player. Neymar, who himself left Barcelona for PSG in 2017 for a record fee of €222m, was happy to give up the No.10 shirt in favour of his friend, the only player in history to have won the Ballon d’Or six times. However, Messi refused the favour and he will be wearing No.30 instead.

The prospect of Messi, Neymar and Kylian Mbappe playing together in the same attacking line seems rather reminiscent of the one the Brazilian and Argentinian stars formed at Barcelona with Luis Suarez, one that no defence seemed capable of stopping as they charged to the La Liga – Copa del Rey – Champions League treble in 2014-15.

“I am delighted that Lionel Messi has chosen to join Paris Saint-Germain and we are proud to welcome him and his family to Paris,” PSG chairman Nasser Al-Khelaifi said.

“He has made no secret of his desire to continue competing at the very highest level and winning trophies, and naturally our ambition as a club is to do the same. The addition of Leo to our world class squad continues a very strategic and successful transfer window for the club. Led by our outstanding coach and his staff, I look forward to the team making history together for our fans all around the world.”