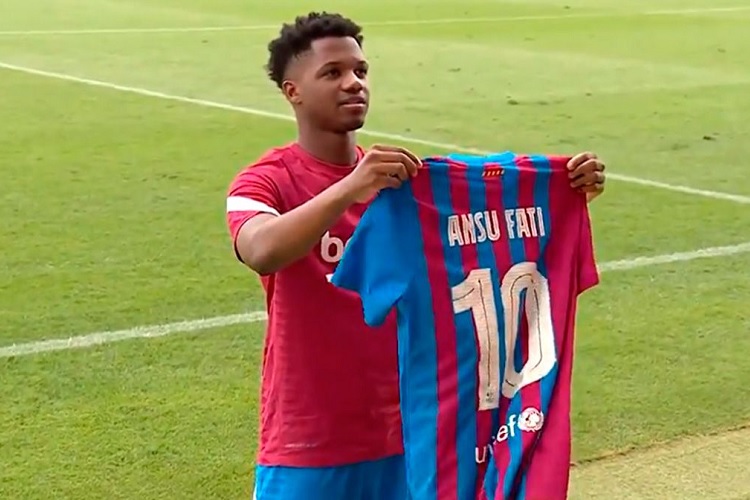 According to El Nacional, Manchester City refused an offer to sign Ansu Fati from Barcelona this summer.

There were indeed reports linking the 18-year-old winger with Manchester City, as well as Manchester United. Barcelona president Joan Laporta recently dismissed the suggestions which said the club had made these offers, but it seems that agent Jorge Mendes, who represents Fati, was the one behind them.

Barcelona have been working hard on improving their difficult financial situation by lowering the players’ wages, and Mendes was afraid his client would be forced to sign a new deal which would see him earn less than what he earns now. In order to prevent this from happening, Mendes offered City a chance to sign Fati, but manager Pep Guardiola wasn’t interested. Mendes appears to be trying to get Barcelona to give Fati an improved salary, as opposed to a reduced one.

Fati’s current deal runs until the end of this season, but Barcelona have the option to extend it by further two years. The Catalan club’s decision to give him the No.10 shirt following the departure of the iconic Lionel Messi to Paris Saint-Germain on a free transfer indicates clearly that they have no intention of parting ways with Fati any time soon.

Fati took his first football steps at Sevilla’s academy, but he joined Barcelona’s youth setup at the age of nine and has been at the club ever since. He has so far made a total of 43 first-team appearances, scoring 13 goals and producing five assists.