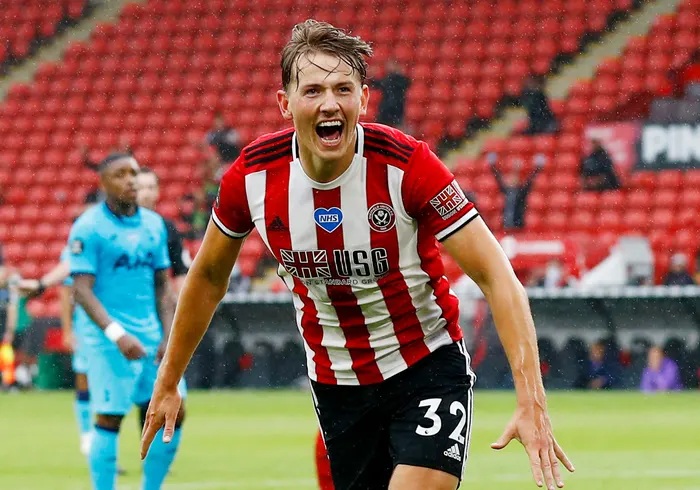 Arsenal and Everton are locked in battle over the signature of Sheffield United’s Sander Berge, according to Sky Sports.

The midfielder rose through the youth ranks at Norwegian third-tier club Asker and earned first-team promotion in 2014. In early 2015, he made his way to Valerenga in the Eliteserien, and went on to KRC Genk two years later.

Having put in some notable performances in the Champions League group stage in 2019-20, he was reportedly praised face-to-face by Liverpool manager Jurgen Klopp following the match between the two sides in October 2019. However, Liverpool made no move and Sheffield United pounced, securing his services the following winter for a reported fee of €23 million.

Links with Liverpool soon resurfaced, but nothing came of it, and now it seems the Merseyside could indeed be the 23-year-old’s next destination, but it’s Everton who want him this time, along with Arsenal’s wish to take him to North London instead.

It is believed that these two clubs now lead the race for the services of the 24-cap Norway international, even though Berge’s notable qualities raised the eyebrows at numerous clubs across Europe, particularly in light of reports that his release clause has fallen from £45m to £35m as the Blades mathematically lost all hope of Premier League survival.

Arsenal are supposedly preparing for the future without Dani Ceballos, who is due to return to Real Madrid at the end of the season. As for Everton, manager Carlo Ancelotti made it very clear his priority was to rebuild the midfield section last summer, when the Toffees signed James Rodriguez, Allan and Abdoulaye Doucoure.