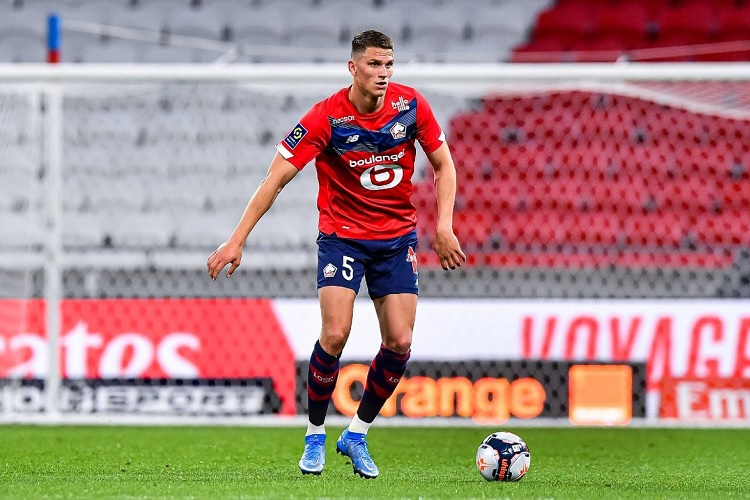 AC Milan are now very close to completing the signing of Sven Botman from LOSC Lille, according to Fabrizio Romano, and the defender is set to become their first acquisition of the upcoming summer transfer window.

The seven-time European champions have been planning the move for months, and the talks between them and the Ligue 1 champions are in an advanced stage at the moment. Botman himself is fully open to the transfer and he has already indicated his readiness to accept Milan’s offer regarding the personal terms.

At the age of 22, Botman has already attracted attention of top clubs across Europe with excellent performances, and there is obviously still room for significant improvement in his game. Having risen through the ranks of the famous academy at Ajax, he had a brief loan spell before making the move to France in the summer of 2020. The following season he made a notable breakthrough, playing a vital role in Lille’s campaign which ended with the Ligue 1 title in their trophy cabinet.

In all competitions, he has so far represented the club on 72 occasions, scoring three goals and providing two assists from his role in the heart of defence. Standing just over 6’4” tall, he’s very strong and formidable in the air, but he’s also surprisingly quick for his frame.

It remains to be seen exactly how much money Milan will have to pay to prize him away from the Stade Pierre-Mauroy, given that his contract with Lille does not expire before the summer of 2025.

AC Milan are really close to complete Sven Botman deal as first signing for the next season, work in progress. Talks are advanced as planned for months. 🔴🇳🇱 #ACMilan

AC Milan are working to reach full agreement with Lille soon – Botman is ready to accept their proposal. pic.twitter.com/cNv9bCXfpc