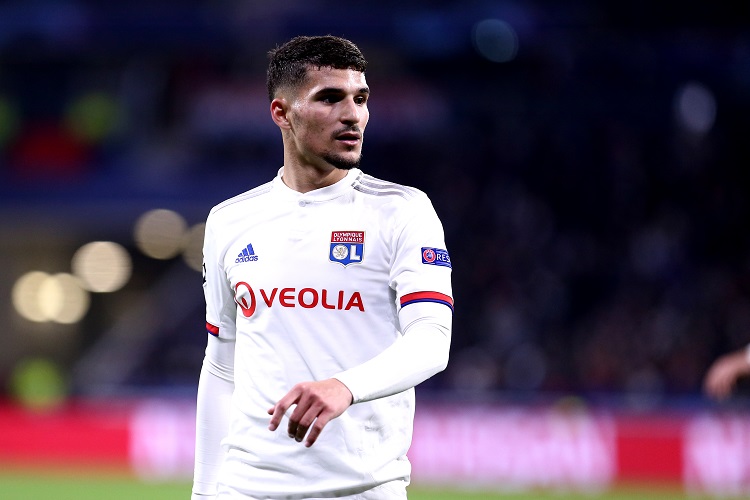 Real Madrid head coach Zinedine Zidane is interested in adding Houssem Aouar of Olympique Lyon to his ranks this summer, according to AS, but the Spanish giants might face competition from the likes of Juventus and Liverpool for his services.

The 22-year-old attacking midfielder reportedly came very close to joining Arsenal towards the end of last year’s summer transfer window, but the two clubs were unable to find common ground over a suitable fee. He stayed put for 2020-21, playing 25 matches, scoring six goals and assisting four in all competitions for Lyon so far.

Aouar’s contract with the Ligue 1 side does not expire before the summer of 2023, which still leaves them in a strong negotiating position should any potential suitors come knocking at the end of the season. Nonetheless, it seems the player believes it might be time for him to move on, given that he was indeed willing to join the Gunners last year.

Zidane apparently still favours his tried and tested midfield trio of Casemiro, Toni Kroos and Luka Modric, but Casemiro has just turned 29, Kroos is 31, and Modric 35. It stands to reason to expect that Aouar, if he arrives to the Spanish capital, would replace the experienced Croatian in the starting XI next season as the most-advanced midfielder with his main task being to create chances for the attackers on a regular basis.

Juventus and Liverpool, meanwhile, seem to be lacking just such a player in their ranks, and if a bidding war was to take place, it would be interesting to see which of these clubs would come out on top, with the finances of all three heavily impacted by the Covid-19 pandemic.