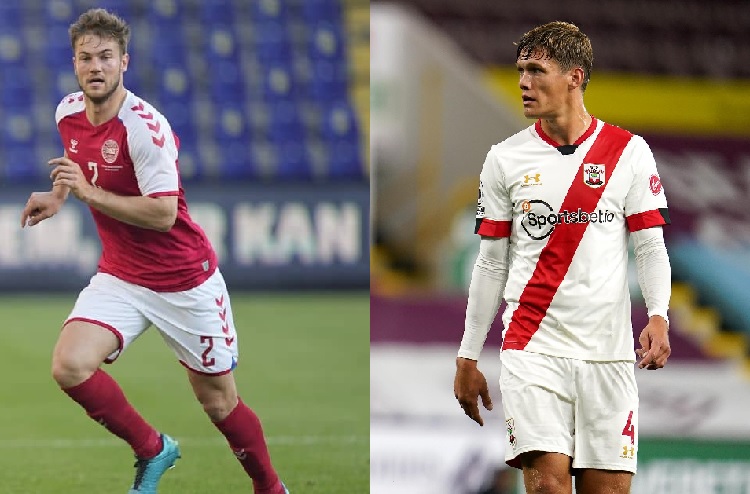 Nuno Espirito Santo, the newly appointed Tottenham Hotspur boss, wants his club to sign two defenders this summer, and according to The Times, sporting director Fabio Paratici has instigated talks with Southampton over Jannik Vestergaard. Joachim Andersen, who spent last season with Fulham on loan from Olympique Lyon, is also being considered.

Vestergaard arrived to St. Mary’s in 2018 from Borussia Monchengladbach, for a fee of £18 million (€20m). The 28-year-old is now expected to cost significantly more than that, having made 72 appearances in the Premier League and established himself as a regular starter for Denmark at the ongoing Euros.

Meanwhile, the spell Andersen had with Fulham can be described as successful for himself, with 31 games played in England’s top flight, but less so for the Cottagers whose 18th-place finish saw them relegated to the Championship. The 25-year-old, however, apparently has no intention of returning to Lyon, which should make a move for his services somewhat easier for any potential suitor.

Espirito Santo mostly utilized a three-at-the-back system during his time in charge of the team at Wolverhampton Wanderers, which should suit both Vestergaard and Andersen fine given that Denmark have been playing that way under Kasper Hjulmand at the Euros. The two defenders and their teammates will be lining up against England in the semifinals on Wednesday.

Spurs have also been in touch with Bologna over 22-year-old Japanese defender Tahekiro Tomiyasu, but they reportedly saw their offer of around €18m turned down by the Serie A side.

The absolute priority for the North London club at the moment, however, seems to be keeping Harry Kane. They’ve reportedly declined an offer of £100m for the England captain already, and Paratici has expressed his desire for the 27-year-old striker to stay put.

Tottenham director of football Fabio Paratici: “We want to keep Harry Kane at Tottenham, it’s our goal. I’ve been lucky to see many top players at Juventus and I want to enjoy Harry Kane too. He’s one of the best strikers in the world”, he told Sky Sport. ⚪️ #THFC