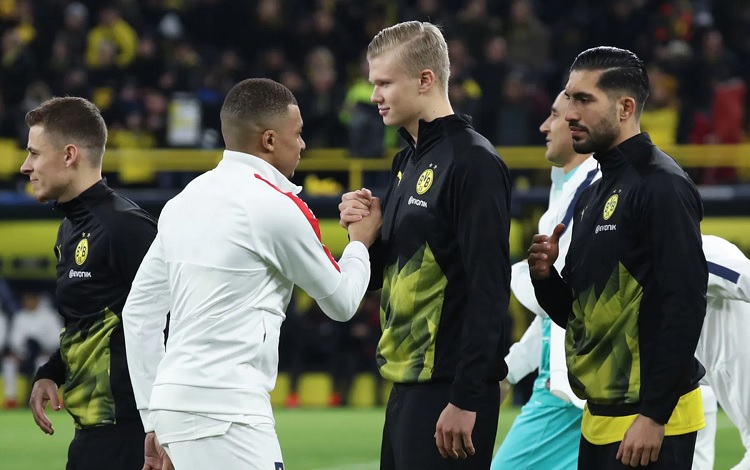 Real Madrid have a plan to sign both Kylian Mbappe from Paris Saint-Germain and Erling Haaland from Borussia Dortmund by the summer of 2022, according to AS.

Haaland has told Dortmund, as confirmed by director Sebastian Kehl, that he wants to stay at the Signal Iduna Park for another year, which perfectly suits Real at this point. The 20-year-old Norway international is contracted to the Bundesliga side until 2024 and his release clause, believed to be in the area around €75 million, doesn’t kick in before 2022, which means he would likely cost well over €100m this summer.

Meanwhile, it’s Mbappe they want to bring in this summer. The French forward is about to enter the last 12 months of his contract with PSG and there have been no reports of progress on a new one. Real will therefore seek to take advantage of the situation and prise him away from Paris, but in the case the PSG stand firm and refuse to do a deal, they are prepared to put their plan into operation in reverse order.

In that case, they would push for Haaland now and try with all their might to negotiate a reasonable deal with Dortmund, believing that the apparent good relationship between Real president Florentino Perez and Dortmund CEO Hans-Joaquim Watzke would help greatly.

Then they would simply wait for Mbappe’s deal with PSG to expire and sign him as a free agent in 2022, thus uniting the two greatest young prospects in world football right now.

It will, however, be interesting to see if Real actually go through with all this, given the financial difficulties they’ve been facing in the light of the sill raging pandemic.