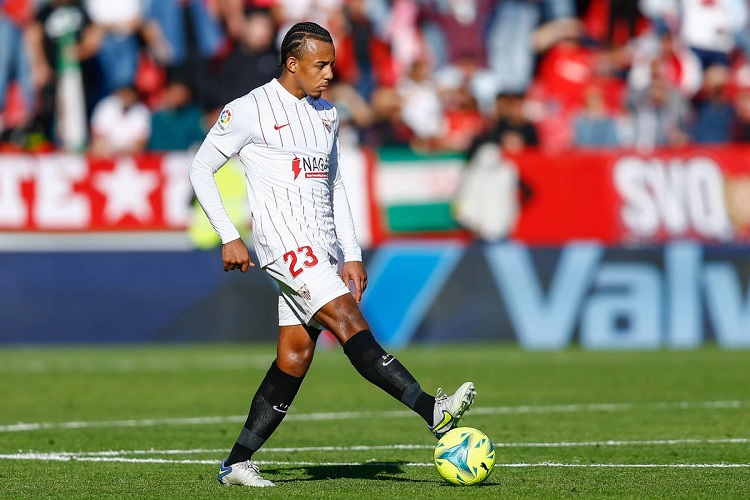 Chelsea were keen to bring in the French centre-back ahead of the current season and Kounde himself was believed keen on the switch for a while, but the two clubs failed to reach an agreement at the time with Sevilla unwilling to lower their demands for his services and Chelsea unwilling to meet them.

However, Chelsea’s situation ha changed considerably for the worse since. They’ve been hit with sanctions aimed at their Russian owner Roman Abramovich, which include a ban on signing new players as well as handing out new contracts to those at the club. Consequently, they’ve been unable to get Antonio Rudiger or Andreas Christensen to sign new deals, and the two defenders will now leave the club as free agents. Rudiger is believed to be set for Real Madrid move, while Christensen is apparently on his way to Barcelona.

Both Rudiger and Christensen have been prominent members of Thomas Tuchel’s team and their departures will have to be covered by new arrivals; providing the ownership issues are sorted out in time.

One thing that hasn’t changed since last summer is Sevilla’s reluctance to sell Kounde for anything less than his release clause, reportedly set to €80 million. Much like Rudiger and Christensen at Chelsea, the 23-year-old has been an important player for the La Liga side, with 40 appearances across all competitions this term. Chelsea’s need is obviously far more desperate than it was a year ago, but at the moment, Kounde is just one of several options they’re considering.

Chelsea are still considering Jules Koundé as one of the potential targets, he’s among 3/4 options on the CB list. Tuchel’s big fan of Koundé since two years. 🔵 #CFC

Sevilla always asked for €80m as release clause price – while Chelsea will lose both Rüdiger & Christensen.