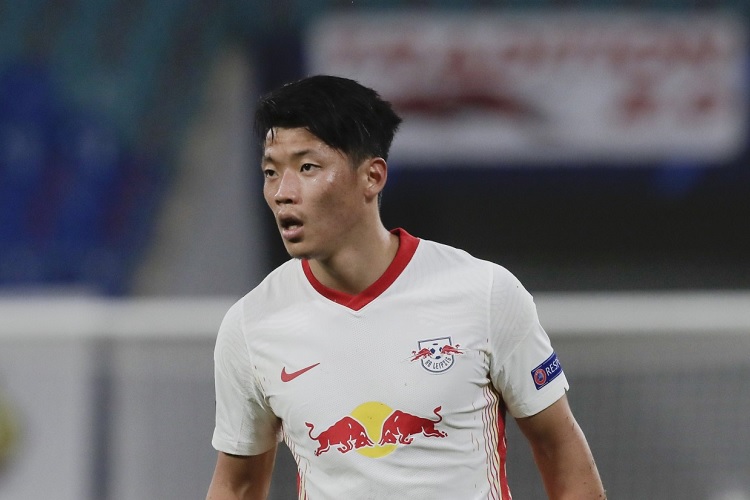 According to Goal.com, three clubs are interested in  bringing Hwang Hee-chan from RB Leipzig to the Premier League.

One of them is Everton, who tried to sign the Korean forward in January only to see their efforts knocked back by the Bundesliga side. The Toffes will try again though, as they seek to bolster their attacking ranks ahead of the 2021-22 season.

Hwang went through the youth ranks at Pohang Steelers in his homeland, and arrived to Austria a few days before turning 19 to sign for FC Liefering. He moved on to RB Salzburg a year later and spent a season on loan at Hamburger SV. Having proven he can deal with the challenges of the Bundesliga, he joined Leipzig in the summer of 2020 for a reported fee of €9 million. Since then, he’s gone on to score just three goals in 22 appearances across all competitions for Julian Nagelsmann’s side, but these numbers obviously don’t present his talents in a suitable light.

The 25-year-old was a hero for his team on Friday, as he scored the opening goal in the DFB-Pokal semifinal against Werder Bremen and then provided the assist for Emile Forsberg in the dying seconds of extra time to send Leipzig to the final, where they will face the winner of the clash between Borussia Dortmund and 2. Bundesliga side Holstein Kiel, set to take place later today (Saturday).

Apart from Everton, West Ham have also shown interest in Hwang, as have Brighton and Hove Albion. The Hammers also tried to bring him in in January but failed, eventually signing Jesse Lingard on loan from Manchester United instead.

Meanwhile, Wolfsburg are also believed to be preparing an offer for his services.