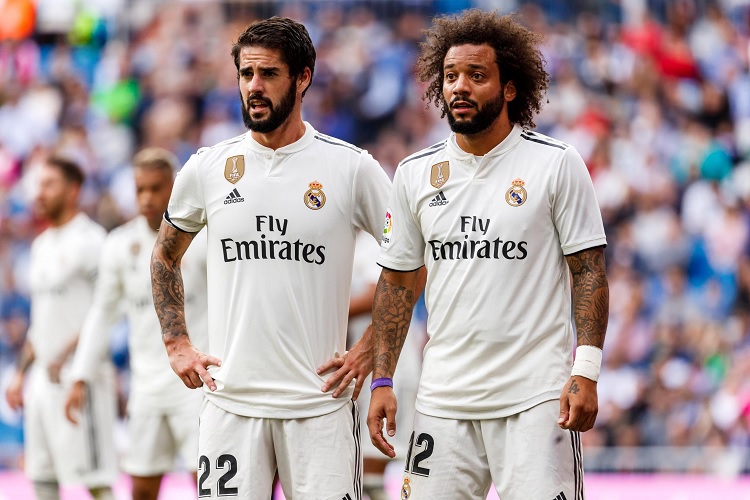 Isco Alarcon, Marcelo and Luka Jovic will not be leaving Real Madrid in the January transfer window, according to AS.

All three players are currently out of favour under Zinedine Zidane, at least when the starting XI is concerned, which has prompted strong speculation regarding their respective futures.

Jovic has failed to live up to the expectations following his €60 million arrival from Eintracht Frankfurt in 2019 and the 23-year-old Serbia international doesn’t look likely to move ahead of Karim Benzema as Real’s first-choice striker any time soon. He has been linked with Wolverhamton Wanderers recently, with the Premier League side reportedly keen to sign a replacement for the injured Raul Jimenez. Jovic’s contract with Real still has four and a half years left to run.

After a number of years as the team’s undisputed starter on the left defensive flank, Marcelo lost his place in the team following the arrival of Ferland Mendy last year. The 32-year-old Brazilian is under contract until the summer of 2022, as is Isco.

Even though his contribution to the huge success of Real Madrid in his time with the club cannot be questioned, Isco has never really been a regular starter and enjoyed prolonged stints in the team only when an injury kept one of his teammates out of action for a while. Recent reports suggested he was set for a move to Sevilla next month, but it seems he’ll be staying put for the time being.

Apparently, Real have no plans to make any additions to their ranks this winter, and with that in mind, along with a busy schedule in the second half of the season, Zidane believes all three players will be needed between now and the end of the season. Come summer, their respective situations are likely to be reassessed.