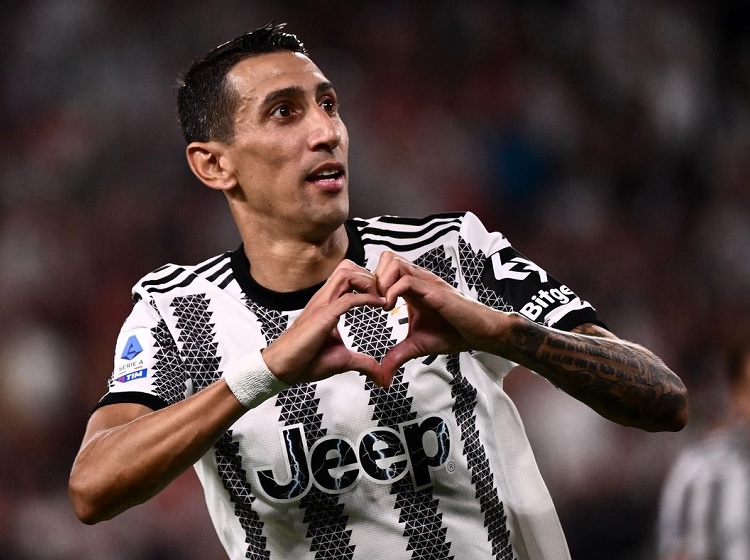 Angel Di Maria has moved to dismiss the rumours about wanting to leave Juventus in Janaury.

The veteran winger joined Juventus as a free agent after his contract with Paris Saint-Germain expired at the end of last season, signing a one-year deal with the Bianconeri.

His time at the Allianz Stadium hadn’t even started properly when the rumours appeared, suggesting he was unhappy playing for the Italian giants and that he was looking for a way to leave the club in January.

However, Di Maria is adamant that he’s perfectly happy where he is and he has called for the ‘lies’ to stop.

Ángel Di Maria: “There are so many lies about my future. Someone has invented stories about me leaving Juventus in January — it’s not true”. 🚨🇦🇷 #Juventus

“I won’t leave in January — I’m happy in Turin and with this top club, so it’s time to stop with all the lies!”. pic.twitter.com/qZzAPp6dzj

The season hasn’t been going well for Juventus on any front. In the Serie A, they are currently seventh with 22 points, 10 less than Napoli in the lead, and it may well be the time already to acknowledge defeat in the title race. Things are even worse in the Champions League, where they’ve lost all chances of progressing to the knockout stages after suffering defeat at the hands of Benfica in Lisbon earlier this week.

Naturally, in such circumstances, the media are always looking to dissect clubs with problems and lacking any actual sources within those clubs, they resort to inventing stories of unhappy players or dressing room issues.

Di Maria is obviously having none of it.