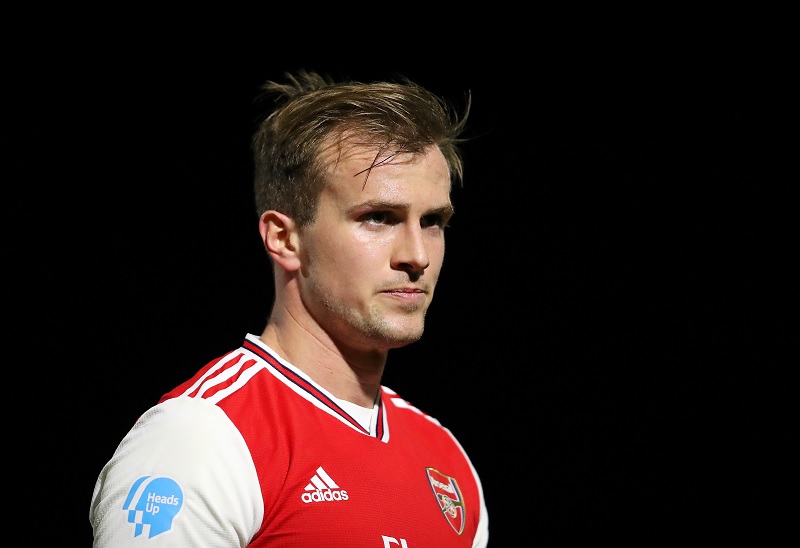 Arsenal’s back line has already received a boost with the arrival of William Saliba from his one-year loan to former club Saint-Etienne, and they’re reportedly very close to completing a €30 million deal for Lille OSC defender Gabriel Magalhaes.

These incoming transfers have always implied that departures were likely too, and it seems that they are willing to let Rob Holding go out on loan. Several club’s are interested in the 24-year-old centre-back whose progress so far has been severely impeded by injuries, but according to David Ornstein of The Athletic, Newcastle United lead the race.

Right now, Arsenal head coach Mikel Arteta doesn’t have a lot of options in the heart of defence, with David Luiz and Sokratis Papastathopoulos in quarantine and Pablo Mari, Calum Chambers and Shkodran Mustafi injured. The arrival of Gabriel Magalhaes from Lille is expected very soon, but he will also be subject to quarantine. Therefore, Holding is very likely to be involved in the squad for the Community Shield against Liverpool today (Saturday); he might even start.

Holding has so far spent four years at the Emirates, making a total of just 39 Premier League appearances in that time. His proposed move to Newcastle would represent a significant boost for boss Steve Bruce for the 2020/21 season, but the Magpies aren’t expected to be given an option of making the deal permanent at the end of the campaign.

What’s more, the financial details of the move are still being discussed, with nothing being agreed at the moment.