Bayern Munich president Uli Hoeness says he expects the club to try and make another move for Leroy Sane this summer. They were already linked with him during the summer, but an injury stopped any progress from a potential deal.

Sane underwent surgery on his anterior cruciate ligament after picking up the injury in the Community Shield win over Liverpool in August. However, those injury concerns might not stop Bayern into making a move for the 23-year-old.

Hoeness didn’t confirm Bayern’s ongoing interest on the wing, but he said the club is monitoring his recovery and all signs point towards them attempting to sign him once again when the chance arises.

“We were very much interested and had discussions with him but he had his big accident, an awful injury, and we could not go on with it,” Hoeness told Planet Futbol podcast. “We therefore have to wait now [and see] how his recovery goes on. I think the new leaders will have to sit down in January and February [and decide] what’s going on with that.”

The 23-year-old winger should return to action around January or February next year. Don’t be surprised if Bayern attempt another move to sign him once the January transfer window rolls around. At the very least, it seems they will consider a move for the former Schalke star. 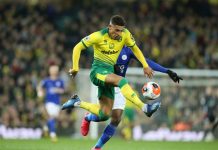