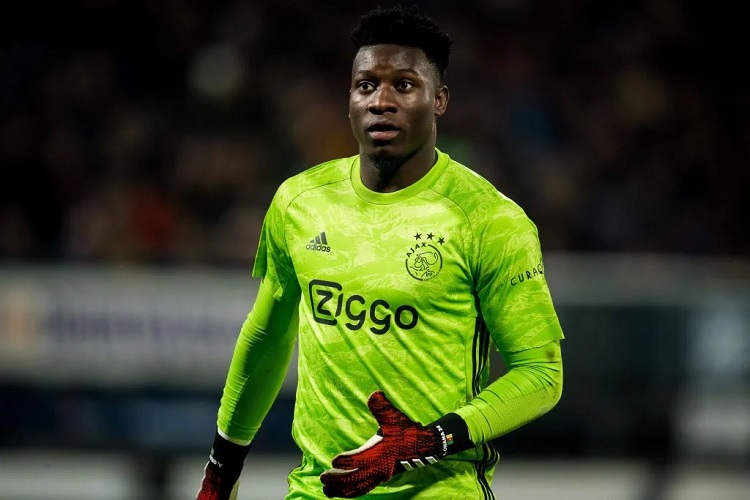 The future of Ajax goalkeeper Andre Onana has been a subject of much speculation over the last couple of years.

Onana was banned from the game for 12 months initially following an out-of-competition doping test conducted in October last year, though it has since been reduced to nine. The ban expires on November 4th, and the stories about his future are popping up once more as the date of his return approaches.

Onana was initially picked up by the Samuel Eto’o Academy in Cameroon, and from there he made his way to the youth setup at Barcelona at the age of 14. He joined Ajax five years later, and has gone on to represent the Dutch champions on 204 occasions, keeping 83 clean sheets.

The 18-cap Cameroon international was linked with the likes of Arsenal and Tottenham Hotspur, and there was a time when a return to Barcelona seemed to be on the cards as well. Speaking to Dutch outlet Telegraaf, Onana also revealed that he was close to joining OGC Nice at one point, but the two clubs failed to reach an agreement.

As for what comes next in his career, the goalkeeper said everything was still on the table, including him signing a new contract with Ajax. Meanwhile, Fabrizio Romano says Inter Milan are working on signing him on a free transfer when his current deal expires at the end of the season.

André Onana to @telegraaf: “I had chance to join OGC Nice or OL but there was no agreement. New contract with limited transfer fee? Everything is negotiable. I’m still open for new contract”, he said to @MikeVerweij. 🇳🇱🇨🇲 #Ajax

Inter are still pushing to sign him as free agent.