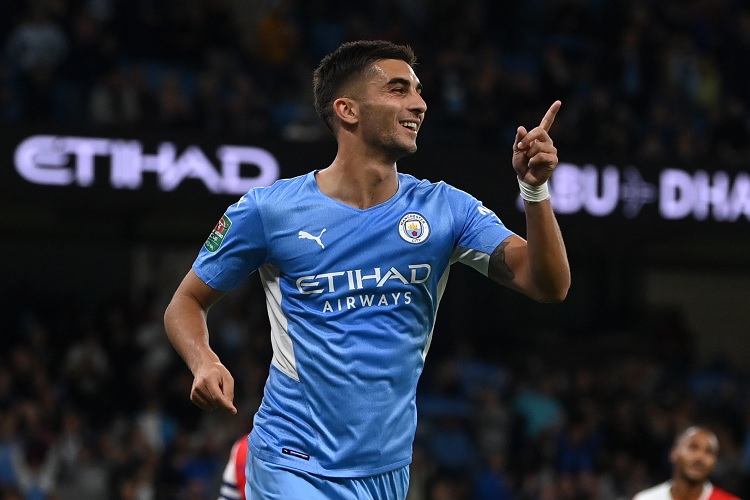 Barcelona have successfully ended the negotiations and reached an agreement with Manchester City over the proposed transfer of Ferran Torres, according to multiple sources. His services are expected to cost the Catalan club a total of €65 million, €55m as the fixed part to be paid straight up, with €10m to follow in the form of add-ons.

Ferrán Torres to Barcelona, done deal confirmed and here we go! The agreement has been completed for €55m plus €10m add ons to Manchester City. #FCB

Ferrán will sign a five year deal as new Barcelona players in the coming hours. He’s always been the priority for Xavi. pic.twitter.com/n1LsaHmISQ


The versatile attacker arrived to the Etihad from Valencia in the summer of 2020 for less than €30m, which means that City stand to make significant profit, having used his talents for 18 months.

The 21-year-old has, however, had a difficult season so far. Having been named to start the first four Premier League matches of the campaign, he dropped to the bench for the following three and then suffered a broken foot. In all competitions, he’s scored three goals and assisted once in seven appearances.

It’s no secret that Barcelona have been looking to add some quality to their attacking ranks, and it seems head coach Xavi Hernandez has always held Torres at the top of his wish list. Torres certainly boasts considerable experience for a player of his age, with 12 goals in 22 caps as a senior Spain international.

Barcelona were believed to be after a player with still more experience. They’ve been credited with interest in Arsenal outcast Pierre-Emerick Aubameyang, as well as Edinson Cavani who has been struggling for game-time at Manchester United. It remains to be seen if they make a move for either, or settle for Torres coming in to boost their front line.

Torres is expected in Barcelona today (Thursday), to complete the medical and sign a five-year contract with the Blaugrana.