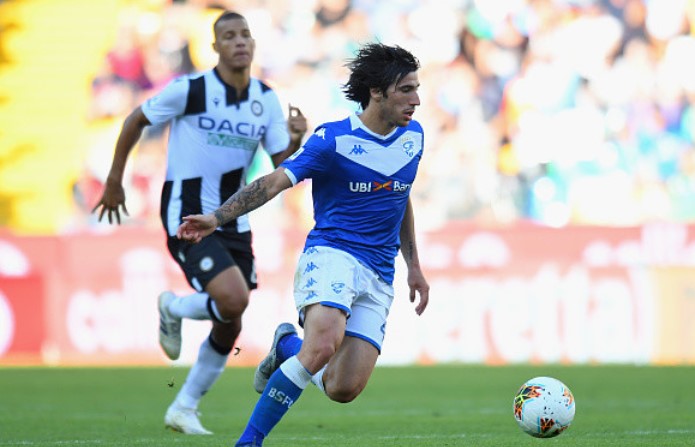 Napoli are ready to make some big moves in the summer transfer window. After a season in which they have seen a lot of troubles on the pitch and a change in the dugout, as Gennaro Gattuso arrived instead of Carlo Ancelotti. But it looks like now Gattuso could be the main man in trying to get Sandro Tonali from Brescia.

According to Il Mattino, Napoli have joined Inter Milan in the race for Brescia midfielder. Napoli allegedly made a bid of 45 million euros for the 19-year-old player, but Brescia are not going to accept it as they deem it too low. According to the same report, the Serie A outfit wnt to get somewhere in the region of 80 million euros!

Brescia are currently struggling to remain in Serie A after getting back to the elite, but they will be in danger of not selling Tonali soon, as if they return to Serie B, they might have to sell him, but for a lower price.