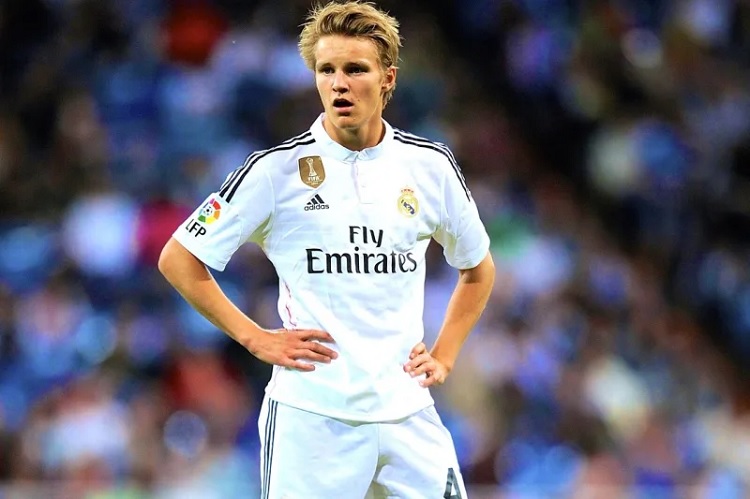 Arsenal have approached Real Madrid regarding a possible loan deal for Martin Odegaard, according to Sky Sports.

The Gunners have been searching for an attacking midfielder for quite some time now. They reportedly came close to signing Houssem Aouar from Olympique Lyon towards the end of last summer, but nothing materialized on that front and even though there had been some suggestions afterwards that their interest would keep for the following transfer windows, there has been no word on that since.

There was also talk of the possibility of manager Mikel Arteta including outcast Mesut Ozil in his team for the second half of the season, but that option is now gone with the former Germany international already in Turkey and his move to Fenerbahce now imminent.

As revealed by Marca on Tuesday, Odegaard is fed up with the lack of playing time at Real Madrid and has asked to leave the club on loan for the rest of the season. He previously had a successful spell with Real Sociedad which earned him a recall to the Spanish capital, but Zinedine Zidane still has no regular place for the 22-year-old playmaker in his team.

Real and Arsenal already have a history of similar deals with Dani Ceballos spending 2019-20 on loan at the Emirates and currently going through the same kind of arrangement again.

Los Blancos are apparently considering Arsenal’s offer for Odegaard at the moment and are yet to decide whether to grant the young Norway international his wish for a temporary change of scenery.

However, Arsenal apparently have strong competition for Odegaard’s signature from a number of clubs, including at least one other from the Premier League.