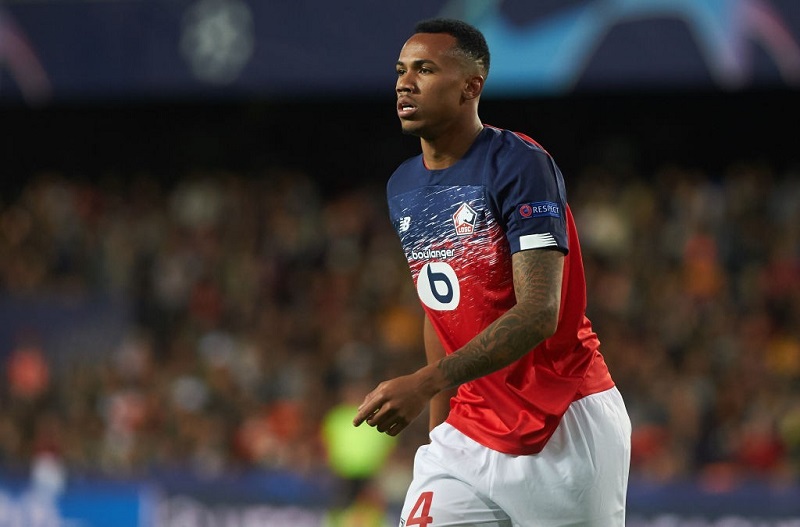 Arsenal and Napoli appear set for a proper transfer battle for the services of Lille defender Gabriel Magalhaes.

The 22-year-old caught the eye of a number of clubs with great individual performances in 2019/20, making a total of 34 appearances for Lille as they sought and found their way to European football for next season. Having finished in fourth place in Ligue 1, they have qualified for the Europa League group stages.

Sky Sports claim they’ve been informed by the French club that three bids were made for Gabriel, and all have been found satisfactory. These bids are believed to have come from Everton, Arsenal and Napoli. Everton have apparently pulled out of the race since, leaving the matter to be decided between the Gunners and the Serie A side.

The player himself is said to prefer a move to the Premier League and Arsenal have been pin-pointed as the leaders of the race, but Napoli haven’t given up just yet. In order to try and convince Gabriel to change his mind and come to Naples, they’ve made a late offer of a contract, with a ‘big salary’ defined within.

If the young centre-back decides to accept that offer, he will follow in the footsteps of former teammate, forward Victor Osimhen, who has already left Lille and is now a Napoli player.

Meanwhile, Arsenal head coach Mikel Arteta is keen to reorganize his back line. The Gunners have already made the signings of Pablo Mari and Cedric Soares permanent after their initial loans, and they’ve extended the contract of David Luiz for another season. William Saliba has also come in, having completed a one-year loan with former club Saint-Etienne.