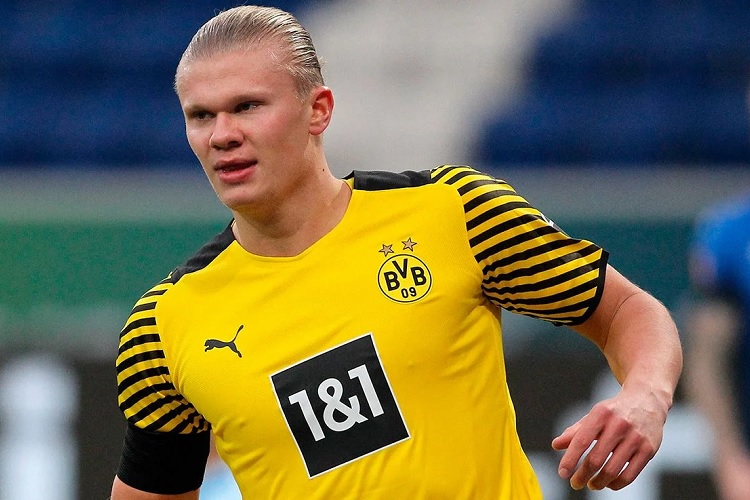 Not that it was ever in any serious doubt, but Sky Sports report that Manchester City are have made the necessary arrangements to trigger the clause devised to release Erling Haaland from Borussia Dortmund, set at €75 million.

City have been branded as forerunners in the race for the Norwegian sensation for some time now, though the player himself is believed not to have made a decision yet. Even though the likes of Bayern Munich, Paris Saint-Germain, Barcelona, Liverpool and Manchester United were all credited with interest in his services at various points in the past, the only competition City may fear at this point comes in the form of Real Madrid.

The 13-time European champions, who will face City in the semifinals of the Champions League, are said to be looking to sign a superstar-caliber forward, but they’re currently focusing their efforts on luring Kylian Mbappe away from Paris. The outcome of that story may yet affect the Haaland situation, because if Real fail in their pursuit, they might move for the Dortmund man as an alternative, and if they succeed, PSG themselves could see Haaland as the perfect replacement for Mbappe. City obviously need to move quickly if they are to avoid complications of that kind.

Quite apart from the release clause in his contract, City will reportedly have to pay Haaland around £500,000 per week, as well as considerable fees to his agent Mino Raiola, as well as his father and their former player Alf-Inge Haaland.

The 21-year-old has had injury issues this season, but he has still managed to score 25 goals in 26 matches in all competitions, helping Dortmund maintain the hope of toppling Bayern at the top of the Bundesliga table.