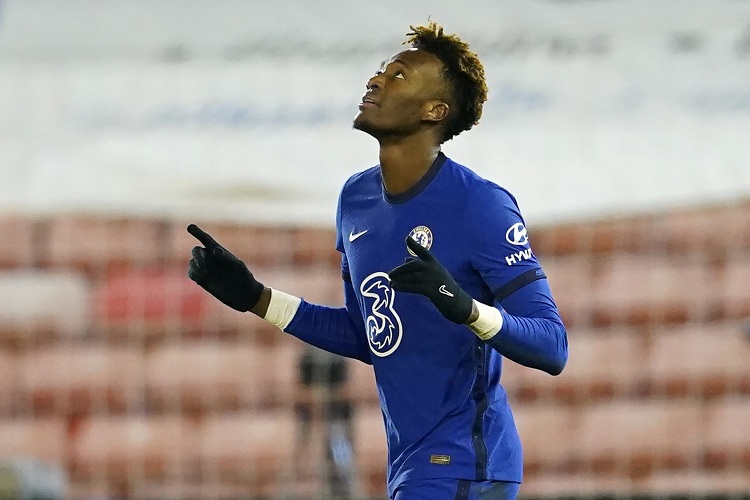 Leicester City are among the clubs interested in Chelsea striker Tammy Abraham, according to Fabrizio Romano.

The 23-year-old was a regular feature for Chelsea last season with Frank Lampard in charge of the team, following a summer where the Blues were under a transfer ban. He had enjoyed a successful loan spell with Aston Villa previously, and came back as an exciting young prospect.

However, in 2020 Chelsea signed Timo Werner from RB Leipzig and Kai Havertz from Bayer Leverkusen for relatively large amounts of money and Abraham fell down the pecking order, with Olivier Giroud there as well.

Since Thomas Tuchel replaced Lampard in January, Abraham has started only two Premier League and one FA Cup game, though it should be said that he missed the entire month of March due to an ankle injury.

Nonetheless, the young attacker obviously needs regular game time to continue his development, and it’s highly questionable if he’ll be getting it at Chelsea in the near future, especially if the club’s reported pursuit of Borussia Dortmund star Erling Haaland proves successful.

As for Leicester, they’ve reportedly been on the lookout for a long-term successor to Jamie Vardy. The 34-year-old has had a difficult spell following groin surgery he underwent in January, scoring only once in 11 appearances since. They’ve been linked with Odsonne Edouard, but they apparently face competition from Arsenal and several clubs from the continent for the Celtic striker.

The proposed move to the King Power Stadium could prove just what Abraham needs at this stage of his career, especially if the Foxes manage to qualify for next season’s Champions League.

However, there is no information yet on whether Chelsea are open to a sale as of yet, with Abraham bound to Stamford Bridge by his contract until 2023.