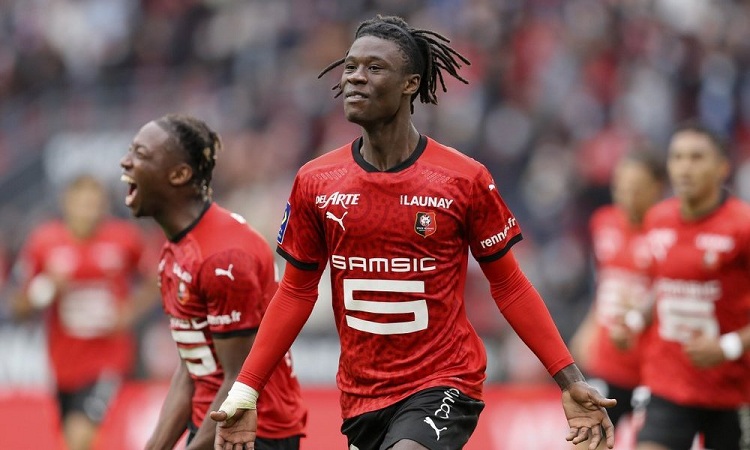 Eduardo Camavinga is close to signing a new contract with Rennes, but his long-term plans haven’t changed, according to AS. He is still keen to sign for Real Madrid in the near future and Real are keen for it to happen too.

The problem is, Real are unable to pay a significant transfer fee and offer him a lucrative contract at the moment, with the Spanish giants hit hard financially by the ongoing Covid-19 pandemic. So, Camavinga will stay put this summer even though a move to the Spanish capital was on the cards, rather than go anywhere else.

But with his current contract expiring next year, Rennes will demand him to pen a new deal in order to avoid Real snapping him up for free in 2022. The 18-year-old midfielder is grateful to his current club for giving him a chance to show his quality at this level, and he is therefore close to a decision to grant them that wish. Naturally, it is expected his wages would rise significantly too.

It is a deal that appears to suit every one. Real get the player they want when they can afford him, Camavinga gets the move he desires and higher wages for the 2021-22 season, and Rennes get their investment back and earn on top of it through a suitable transfer fee when the deal happens.

Real reportedly see Camavinga as the ideal candidate to be the long-term successor to Casemiro, given his notably mature performances at the base of the Rennes midfield for such a young player.