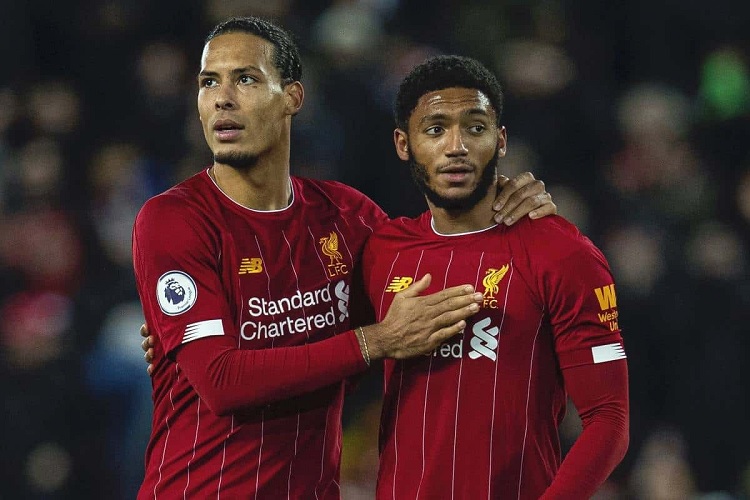 As reported by David Ornstein in his weekly column for The Athletic, Liverpool have no plans to sign a centre-back in the upcoming winter transfer window despite what have likely been season-ending injuries for manager Jurgen Klopp’s first-choice pairing in the heart of defence, Virgil van Dijk and Joe Gomez.

Van Dijk suffered an ACL tear in the Merseyside Derby at Goodison Park last month, and Gomez injured his left-knee tendon in training while on international duty with England last week. Both players have had surgery and their road back to the pitch will be a long one.

Klopp dismissed suggestions that Liverpool needed to sign a centre-back to replace Dejan Lovren this summer after the Croatian left for Zenit St Petersburg, claiming that midfielder Fabinho, in addition to Joel Matip, could step into the role if need be. Fabinho was called upon a few times and performed admirably, but both he and Matip have had injury issues of their own. Nathaniel Phillips, 23, and Rhys Williams, 19, got some game-time under their belt and also did well, but questions about the ability of such inexperienced players to play a significant part for a title-defending team throughout the season are probably valid.

With all that in mind, it was generally believed that Liverpool would be in the market for another centre-back in January. RB Leipzig’s Dayot Upamecano, Bayern Munich’s David Alaba, Napoli’s Kalidou Koulibaly and Schalke’s Ozan Kabak are the names mentioned the most in that aspect, but it seems not one of them is on the agenda for the Merseysiders at the moment. It is believed to be a joint-decision by Klopp and the club’s hierarchy.

Ornstein does admit that those plans could yet change in the next two months, but he doesn’t feel that’s very likely.