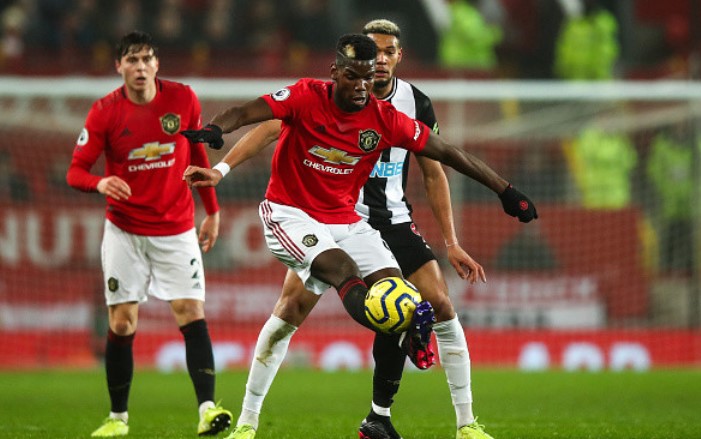 Manchester United star Paul Pogba was heavily linked with Real Madrid last summer after stating that playing for Real Madrid would be a dream for any player. Nothing happened back then, but the France international recently sparked fresh speculation by repeating his stance and refusing to rule out anything in the future. What’s more, some reports have been linking him with Real’s arch-rivals Barcelona.

However, United boss Ole Gunnar Solskjaer is adamant that the 27-year-old midfielder won’t be going anywhere in the next two years. His contract expires at the end of this season, but the club have the option to extend it for further 12 months.

“Paul is our player”, Solskjaer told the press in his pre-match conference ahead of the Newcastle clash on Saturday.

“He’s going to be here for another two years and I’m sure he’s focused on doing his best for us. We want to see the best from Paul and I’m sure in the next couple of years we’ll get the best out of him.”

Pogba arrived to Old Trafford from Juventus in 2016, in a deal reportedly worth over €100 million. The expectations were huge right from the start, but somehow he hasn’t managed to lift the team sufficiently to challenge for the Premier League so far. This season, he started all three league matches his team have played, but he was substituted twice and only played the full 90 minutes in the horror show which ended in a 1-6 home defeat at the hands of Tottenham Hotspur in the previous round.