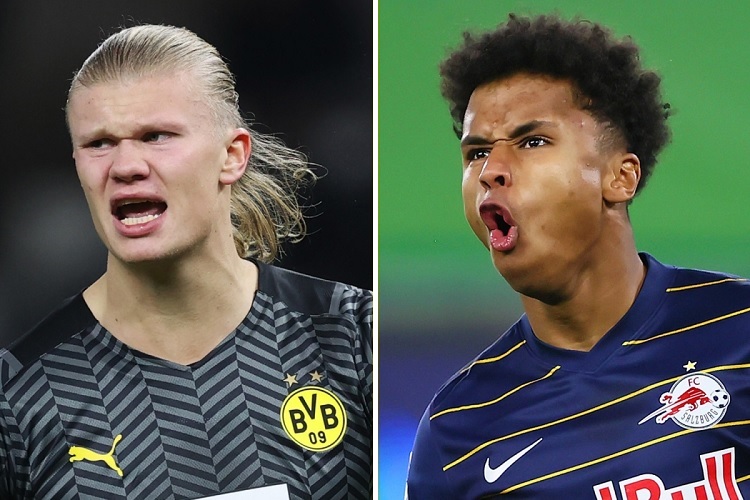 As Paris Saint-Germain star Kylian Mbappe edges closer to a move to Real Madrid, the chances of Manchester City landing Borussia Dortmund striker Erling Haaland increase, according to Sky Sports. Meanwhile, RB Salzburg director Stephan Reiter has already confirmed the talks with Dortmund over the proposed transfer of Karim Adeyemi to the Signal Iduna Park to replace Haaland, and now Fabrizio Romano reports that Salzburg themselves are close to completing a deal to sign Shakhtar Donetsk striker Fernando as a replacement for Adeyemi.

Manchester City have been considered favourites to sign Haaland for a while now, even at Dortmund the belief that the Norwegian sensation will be moving to the Etihad exists. He has a €75 million release clause in his contract which kicks in this summer, and there’s nothing Dortmund can do to prevent his departure if the Premier League champions decide to trigger it.

Real Madrid are thought to be the only competition City face, but if the Spanish giants succeed in their intention of luring Mbappe away from PSG as a free agent, Haaland will surely join Pep Guardiola’s team.

Adeyemi feels like the right man to replace Haaland at Dortmund. He has certainly been successful at the same task at Salzburg, who sold Haaland to Dortmund in January 2020.

Meanwhile, Fernando has so far made 69 appearances in all competitions for Shakhtar, scoring 12 goals, since joining the club from Palmeiras in 2018. He also had a six-month loan spell with Sporting Lisbon. Having struggled with a knee injury, the 23-year-old started every league game he was available for this season, until the ongoing war interrupted every aspect of life in Ukraine.