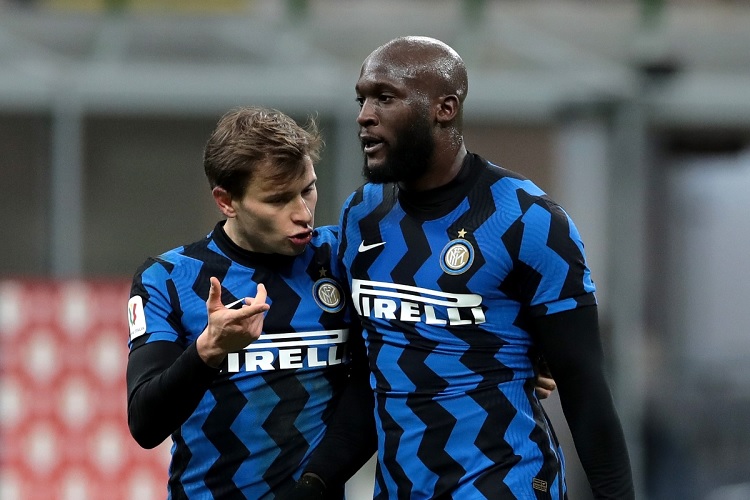 Inter Milan are not interested in selling Nicolo Barella or Romelu Lukaku this summer, as reported by Fabrizio Romano.

Barella, 24, joined inter on an initial loan from Cagliari in 2019, and the deal was made permanent a year later for a reported total amount of €44.5 million (€12m initial loan fee plus €32m to make it permanent). Since then, the midfielder has been catching the eyes of the football world with excellent performances, and had a great part in Inter’s run to the first Scudetto in over a decade last season with three goals and 13 assists in 46 appearances in all competitions.

His fine form earned him a regular starting role for Roberto Mancini’s Italy at the just finished Euros, from which the Azzurri came back victorious.

Manchester United and Liverpool have been credited with interest in Barella’s services in the last few days. Some reports even suggested that the Merseysiders were preparing an offer of €70m, but Romano says the stories are wide of the mark – there has been no contact from either of England’s two biggest clubs. And even if there was, Inter consider Barella ‘untouchable’.

The same goes for Lukaku. The 28-year-old striker also played a big part in Inter’s title win, with 24 goals and 10 assists in 36 Serie A appearances in 2020-21, and he also had a good tournament at the Euros, where his exploits for Belgium earned him a place in UEFA’s official Team of the Tournament.

Like Barella, Lukaku has been linked with a Premier League switch, or in his case, return, given that he has already played for Chelsea, Everton and Manchester United. Chelsea and Manchester City were both said to be considering him as an alternative to Borussia Dortmund star Erling Haaland, but it seems any effort on the part of either would end in failure.

There’s nothing going on between Manchester United or Liverpool with Inter to sign Nicoló Barella. He’s not for sale this summer – Inter consider Barella ‘untouchable’ despite rumours. 🔴🇮🇹 #LFC #MUFC

The club have the same position also on Romelu Lukaku as of today. 🇧🇪 #CFC