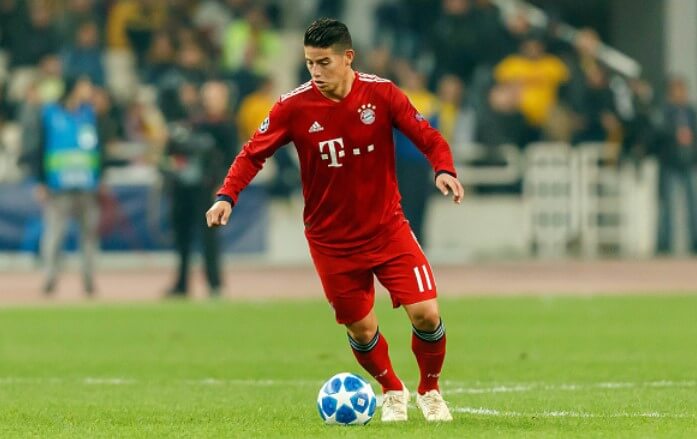 It is a crazy summer in Spain! Barcelona have signed Antoine Griezmann, Real Madrid got Eden Hazard and a handful of players more, while Atleti signed Joao Felix for 126 million euros! But that is not all from Atleti, as Rojiblancos are preparing a shock move for James Rodriguez!

If Marca is to be believed, and they often are when they talk about Real Madrid, the player and Atletico are keen on a transfer, but the club from Santiago Bernabeu is unsure about the whole idea. It was Napoli who were mentioned as favourites for the Colombian playmaker, but now it looks like Atletico have jumped in front of them.

James Rodriguez returned from a two-year loan at Bayern Munich, after Bavarian giants passed on the option of signing him, but Atletico want to get the most out of it. Rodriguez is not in Zinedine Zidane’s plans and Real Madrid need the cash if they are to actually go for Paul Pogba. It will be interesting to see how all of this will pan out.