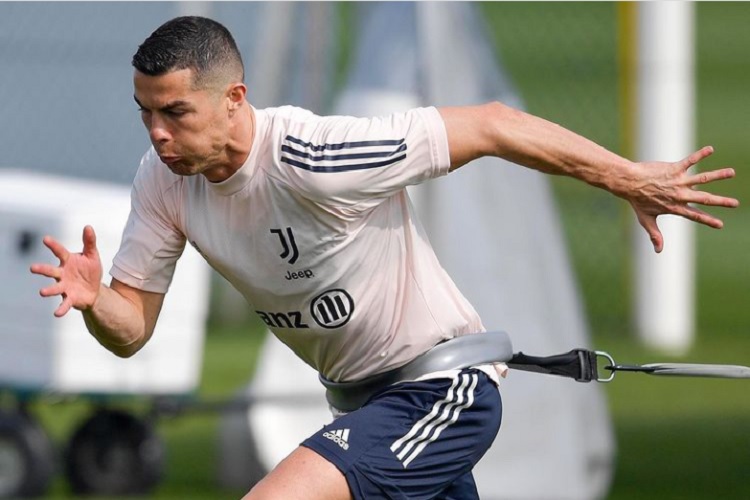 According to Spanish publication AS, Cristiano Ronaldo is considering leaving Juventus at the end of the season. One of the possible destinations is apparently Paris Saint-Germain, who would be willing to offer Mauro Icardi and Moise Kean in return.

Even with Edinson Cavani gone from the club since last summer, neither Icardi nor Kean have managed to establish themselves in the starting XI under Mauricio Pochettino, with the trio of Neymar, Kylian Mbappe and Angel Di Maria continuously showing their class on the pitch.

Ronaldo joined Juventus in 2018 for a fee believed to have been well over €100 million, but with the facts that he’s 36 and will be entering the final year of his contract in mind, the Old Lady would be willing to let him go.

Ronaldo would apparently prefer a return to Real Madrid, where he scored 450 goals in 438 games over nine years, but both the Portuguese superstar and Juventus are aware that Real’s financial situation isn’t exactly good right now. For PSG, on the other hand, money has never been an issue, of course.

Having spent six relatively successful years at Inter Milan, 28-year-old Icardi would have no problems readapting to life in Italy, and the same is expected of Kean, 21, who came through the youth ranks at Juventus and spent the 2018-19 season with the first team, before moving to Everton.

However, Kean still officially belongs to the Toffees, which means PSG would first need to turn his loan deal into a permanent one before negotiating his departure.