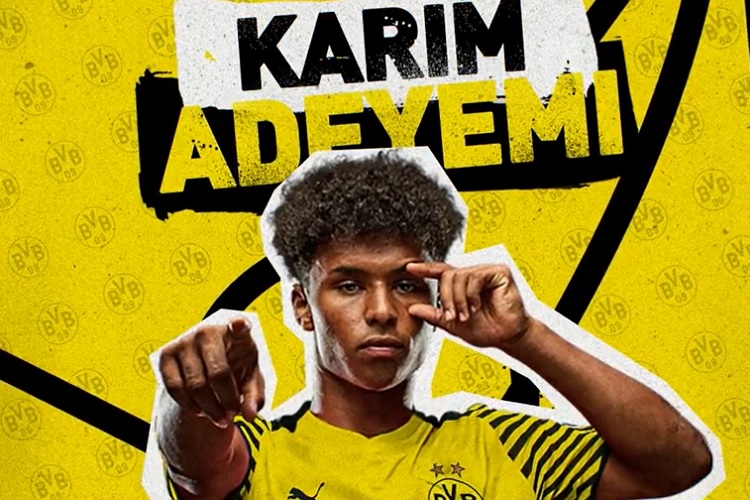 Borussia Dortmund have officially confirmed that they’ve completed the signing of Karim Adeyemi from RB Salzburg. The 20-year-old striker will come in for a reported fee of €30 million to replace the departing Erling Haaland, after Manchester City triggered the release clause in the Norwegian’s contract at €75m.

Adeyemi passed through several academy setups during his formative years, one of which was at Bayern Munich. He eventually joined Salzburg from Unterhaching’s Under-19 side in 2018 for just over €10m, and spent the following season on loan at FC Liefering. Having returned to the parent club in 2019, he was given a prominent role in the team after Haaland left for Dortmund in January 2020. He has so far scored 33 goals and produced 23 assists in 92 matches in all competitions for the club, and even earned three caps as a senior Germany international in which he scored once.

“As a boy, I was fascinated by the fast paced black-and-yellow football,” Adeyemi said.

“That’s why it became clear to me that I had to join BVB when I learned about their interest. I deliberately signed for the long term because I’m convinced that we’ll be an exciting team that, with the support of the fantastic Dortmund fans, I will be able to play for and win titles in the medium term.”

The contract Adeyemi has signed wit Dortmund is set to run until the summer of 2027.

It remains to be seen if the youngster will be able to plug the gap left by Haaland, but there’s no doubt that he possesses a lot of development potential, and Dortmund have a reputation for turning such players into world-class ones.