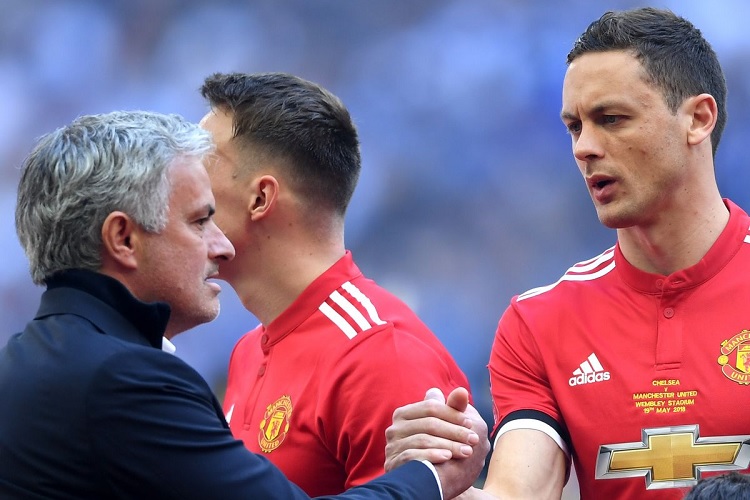 According to multiple reports, Nemanja Matic is set to sign for AS Roma as a free agent when his contract with Manchester United expires at the end of this month. The Serbian midfielder will thus play once more under Jose Mourinho, the man behind his return to Chelsea in 2014 as well as his move to Manchester United three years later.

Matic was without a doubt a key factor in Chelsea’s run to the Premier League title in 2014/15 and helped them to repeat the feat in 2016/17 too, even though his contribution in that season under Antonio Conte, his last at Stamford Bridge, grew significantly less as N’Golo Kante took over his position at the base of midfield.

Having taken over at United, Mourinho insisted on bringing in Matic to provide defensive stability to their midfield section and possibly provide more freedom for Paul Pogba to play further up and focus on creation. That, however, didn’t work out too well and both Matic and Pogba have played their last game for the 20-time English champions, with Mourinho himself gone from the club a long time now.

Meanwhile, Mourinho has enjoyed a relatively successful first season in charge at Roma, winning the first edition of the Europa Conference League, even though the team failed to finish inside the top four in the Serie A table. He’ll now be looking to build on that achievement, and he obviously sees Matic as a player who can help their efforts.

“He [Matic] is someone I trust,” the Portuguese tactician told Sky Sports recently.